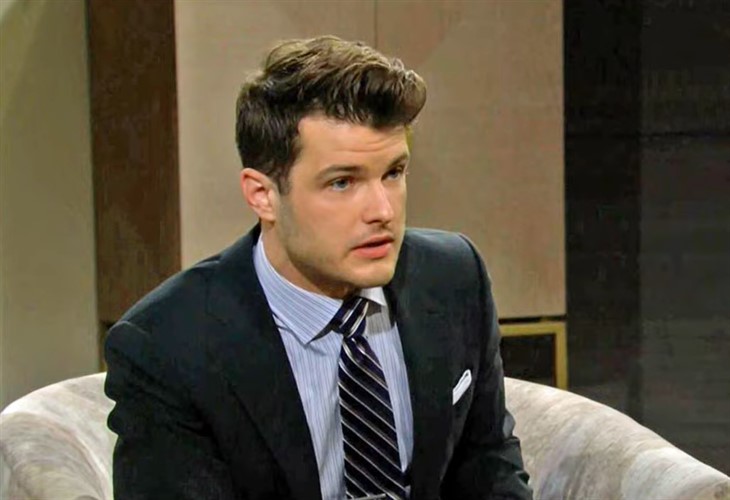 The Young and the Restless (Y&R) spoilers for Tuesday, May 3, 2022, reveal Kyle trying to make sense of his new world.

The Young And The Restless Spoilers – Can Diane Jenkins Convince Kyle Abbott To Forgive?

Leaning your mother is alive when you thought she died when you were a pre-adolescent sounds like wonderful news — until you find out she purposely left you behind when she faked her own death. She let you suffer for years for nothing. Every time Kyle (Michael Mealor) thinks about the fact that his mother did that to him for most of his life, he is furious.

He is even more furious whenever Diane Jenkins (Susan Walters) begs him to understand that she did it for him because of all the terrible things he did and he knew she would be better off with Jack Abbott (Peter Bergman). Still, Kyle doesn’t get it and he really needs his wife around for comfort, but where is she? Will Summer Newman Abbott ever make it back to Genoa City.

The entire Diane thing still has Jack in a tizzy. How could all of this even be happening? He even still has a granddaughter he never knew about out in California but Diane upstaged that whole bring-Allie-back-to-GC thing. Will she ever get to know the Abbott clan?

This is exactly what Phyllis Summers (Michelle Stafford) wants to know when she doles out some advice and reminds Jack of his original mission when he headed out to LA for the second time. She also gives him advice on how to handle Diane because Phyllis will always be there for Jack.

On Monday, The Great Victor Newman (Eric Braeden) had his own advice to give Abby Newman Chancellor (Melissa Ordway) now that he seems to remember he has another daughter and her name is not Victoria Newman Locke (Amelia Heinle). He also has Abby and her troubled husband, Chance Chancellor (Conner Floyd).

What advice does he have to give this pair after essentially ignoring they even existed for months? That’s what happens when you always have to bail out Victoria. Stay tuned to The Young and the Restless weekdays to see how these stories play out.

B&B Spoilers: Hope Is Ready To Lose It Already

Days Of Our Lives Spoilers: Abigail Has Huge News For Jennifer