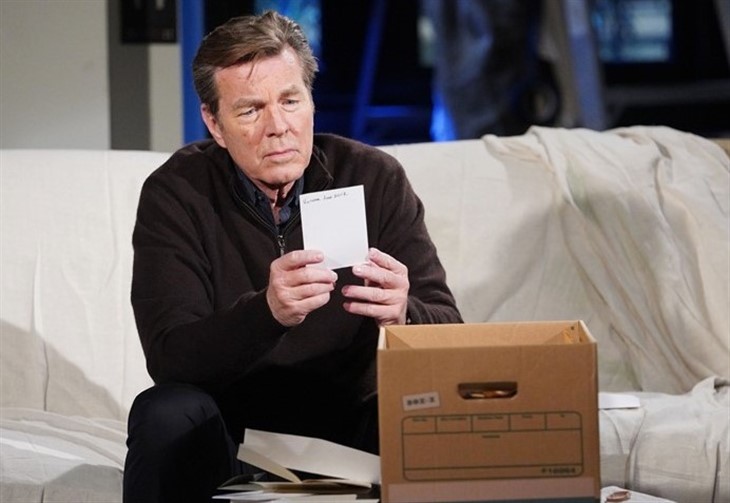 The Young and the Restless (Y&R) spoilers for Friday, March 11, 2022, reveal Jack Abbott having to come to terms with his past.

The Young And the Restless Spoilers – A Search For Answers

Jack Abbott (Peter Bergman) and Phyllis Summers (Michelle Stafford) are still searching for answers about Keemo’s life out in California. Everything Jack looks through in his son’s house brings it home to him how much he missed out on for years. He learns things he never imagined about a son he never really knew as surprise after surprise turns up.

At least Phyllis is there to be his comfort, but these two who have so much chemistry are firmly in the friend zone for now and not even this trip will change that. However, they might return to Genoa City with an extra person because they are about to make a shocking discovery.

All Amanda Sinclair (Mishael Morgan) seems good for lately is being there for Devon Hamilton (Bryton James)as she doles out both personal and legal advice. What kind of talk will she have with him on Friday? Maybe she will warn him to back off of Abby Newman Chancellor (Melissa Ordway) for a while and not ask for any more visitation — just so she doesn’t start getting antsy again.

Chelsea Lawson (Melissa Claire Egan) is still shocked about that dream she had that included kissing Rey Rosales (Jordi Vilasuso). She never even realized she thought that way about the man and now she can’t stop thinking of him during her waking hours either. She really thought she still wanted Adam Newman (Mark Grossman) and now sees that is over. He is with Sally Spectra (Courtney Hope) and doesn’t want her.

And so what if Rey is married to Sharon Rosales (Sharon Case). She has had to deal with Sharon before so she will deal with her again because when Chelsea wants something or someone, she just goes for it. And now Chelsea wants Rey and Rey might not even know what hit him since he seems to trust her so much. Stay tuned to The Young and the Restless weekdays to see how these stories play out.

Days Of Our Lives Spoilers: Getting The Goods On Leo Stark