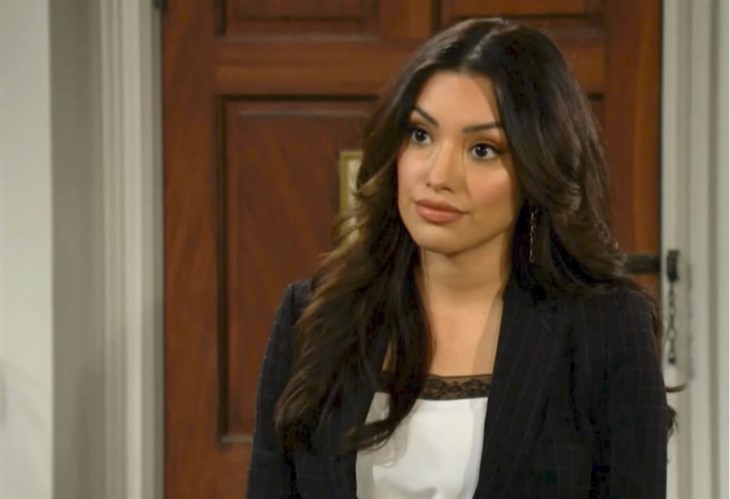 The Young and the Restless (Y&R) spoilers document that Audra Charles (Zuleyka Silver) forced the dynamic to change. Rather that Noah Newman (Rory Gibson) being increasingly agitated by his former romantic connection being in town, his feelings have suddenly shifted to compassion for her.

Audra’s totally unexpected tell, about miscarrying his child, was quick the shocker. Noah naturally responded to the story he told him.

But viewers can openly challenge what Audra claimed because of her hidden connection to Tucker McCall (Trevor St. John). So, did she tell Noah the truth?

The Young And The Restless Spoilers – Allie Nguyen Rightfully Concerned

Allie Nguyen (Kelsey Wang) instantly knew that the bombshell, who was part of Noah’s past, is trouble. Audra’s historic bond with Noah and her undeniable appeal makes Zuleyka’s character a major challenge.

Noah returned from Europe in a mellow mood. It took him months to work his way back to normal, but he was not ready for a serious relationship. Meeting Allie proved to be a godsend for him, with Jack Abbott’s (Peter Bergman) being a good fit.

Of course, Noah and Allie bonded before Audra was seen in GC.

It would be unseemly to have Audra be an outright liar. She would not have to provide proof of her claim and could further that falsehood to reestablish her connection with Noah.

But let us assume something more plausible. Audra was pregnant with Noah’s child when they were having problems and eventually broke up.

In the above instance, the baby might not have been his. Her reference to counting back to when they were together, to determine if he was the father, implies she could have been seeing at least one other guy. Might that be Tucker?

The Young And The Restless Spoilers – Audra Charles Is Not Leaving

It appears that Audra is developing into a regular character. Of course, many more episodes will have to play out before Zuleyka’s alter ego might be able to carver a deep niche in GC.

While Noah appears not to be a father now, Audra would surely like to create a permanent bond with him. A child would do that. So, fans will be watching for a moment of passion between them.

Allie is on high alert and must ask Noah what the hug at his Glam club meant. Regardless of his answer the information Audra told him has produced a new dilemma for Noah on Y&R.