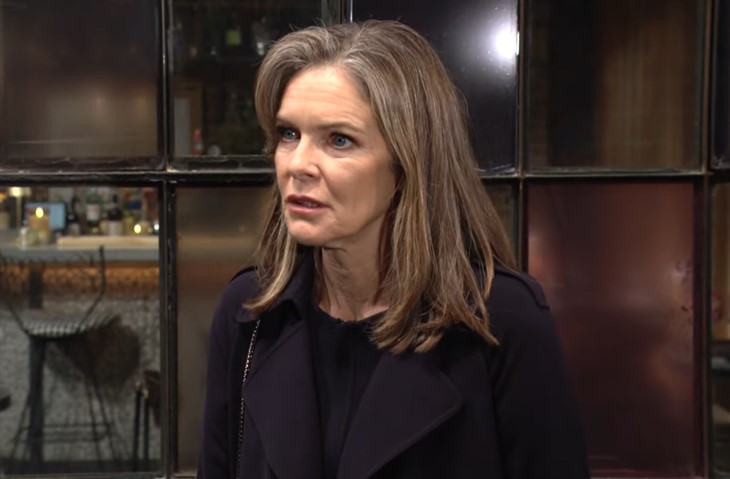 The Young And The Restless spoilers indicate that Diane Jenkins (Susan Walters) is furious with Ashley Abbott (Eileen Davison), Phyllis Summer (Michelle Stafford), and Nikki Newman (Melody Thomas Scott). Diane knows that these ladies are trying to run her out of town and is ready to fight back. Who will win in the end?

The Young and The Restless spoilers indicate that Tucker McCall (Trevor St. John) has given Ashley more information to use again Diane. Unfortunately, it seems that Diane and Trevor are still working together as well. Is Trevor really doing to give Ashley something to run her out of town when he needs Diane’s intel on several projects?

Tucker is simply trying to keep everyone occupied so they don’t catch on to his plans. Tucker is planning to take over Chancellor-Winters himself. Diane has been feeding Tucker information from several angles which have been very helpful. Tucker has forced Diane to help him several times but she seems to be enjoying herself with her family, which is being put in jeopardy.

Y&R spoiler-  Phyllis Summers Refuses To Give Up

Phyllis loves Jack Abbott (Peter Bergman) but he doesn’t always appreciate her interference. However, Phyllis senses that something is off with Diane and she’s not about to let her hurt Jack. Phyllis also wants to protect her daughter and her grandson. Diane is dangerous and Phyllis doesn’t trust her at all. Of course, Phyllis is also afraid that Jack will fall for Diane knocking her out of a chance to win him back.

Ashley and Nikki dislike Diane just as much as Phyllis and want her gone as well. However, Diane believes she can switch gears and play dirty better than these three ladies. Will Diane manage to defeat the three of them and get Jack and Kyle Abbott (Michael Mealor) to forgive her and allow her to remain in their lives?

The Young And The Restless Spoilers – Diane Jenkins Has More Secrets

Diane has more secrets as fans know she is still working with Tucker. Everyone knows that Tucker is up to no good and now Jeremy Stark (James Hyde) is coming to town. Will Jack learn that Diane has lied to him all of this time? Is Jeremy far more innocent than Diane wants Jack to believe? Could Diane have even framed Jeremy instead of it being the other way around?

Daine will eventually get caught up in all of her lies. However, that doesn’t mean she won’t try to take the other ladies down with her. Will any of these ladies come out to be winners in the end?

DOOL Spoilers: Sloan Shocks Paulina With Murder Reveal, Is It A Trick?