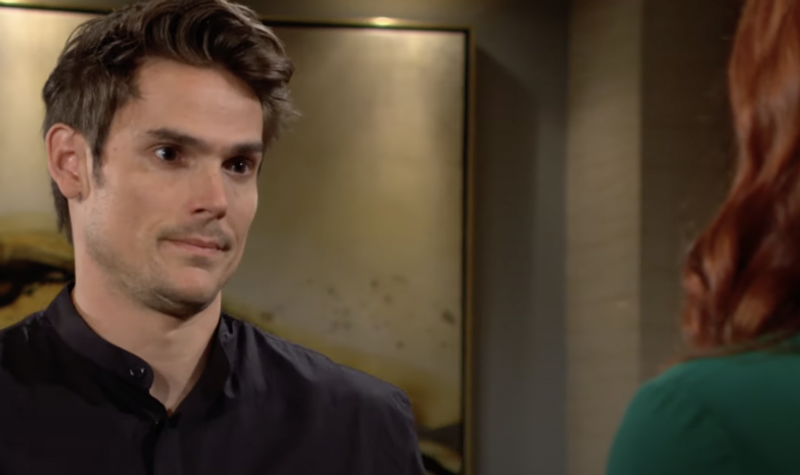 The Young and the Restless (Y&R) spoilers for Tuesday, July 19, 2022, reveal Adam putting it all on the line to help the woman he loves — but she doesn’t know it.

The Young and the Restless Spoilers: Sally Is Stunned And Heartbroken

Knowing that Victoria Newman (Amelia Heinle) is about to destroy Sally Spectra’s (Courtney Hope) new corporate career just because she is dating him, Adam Newman (Mark Grossman) makes a big decision that will hurt both him and Sally. He breaks up with her in order to save Sally her job.

The problem is, he can’t tell her that’s why he made this decision. Instead, he claims that she is hampering his goals and he just can’t stay with her anymore? Will Sally see right through him or realize what’s going on or will she just stand there heartbroken and angry? If Sally figures out the truth, will she offer to just quit so she and Adam can remain together?

New Alliances For One Goal

Nikki Newman (Melody Thomas Scott) has never had a soft spot for Diane Jenkins (Susan Walters), the woman who tried to steal Victor Newman (Eric Braeden) from her more than once. In fact, she hated her so much she was accused of killing her and actually did at least attempt to kill her. That is some serious fury. It’s no wonder Diane being alive and back in Genoa City is driving her crazy.

Phyllis Summers (Michelle Stafford) has also never had a soft spot for Diane, the woman who tried to steal Jack Abbott (Peter Bergman) from her more than once and even had his child by stealing his sperm. While she was never accused of killing her, we’re sure Phyllis has thought of it and planned ways to do it. No wonder she started losing her mind over Jack and their new relationship as soon as Diane turned up alive.

Now it’s time for Nikki and Phyllis to come together, pool their resources, and come up with a plan. These two women are not going to let Diane hoodwink their men and their family members. No, they are going to bring the woman down no matter what the cost. Watch out, Diane. Stay tuned to The Young and the Restless weekdays to see how these stories play out.