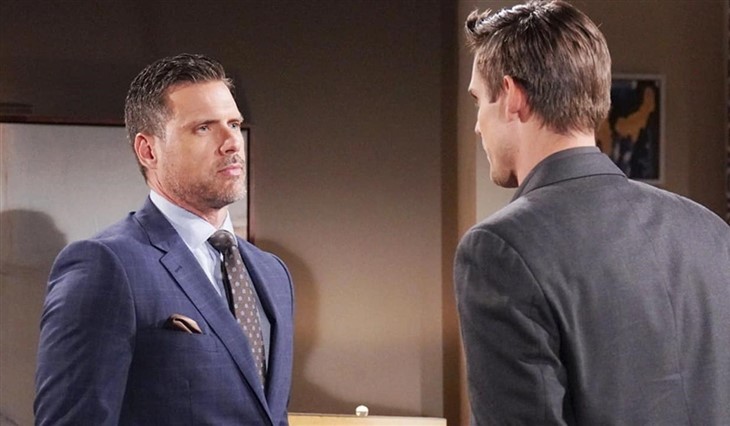 The Young and the Restless spoilers reveal Nicholas “Nick” Newman (Joshua Morrow) and Adam Newman (Mark Grossman) fight for Sally Spectra’s (Courtney Hope) heart. While the romance between Nick and Sally may have started as a way to get under Adam’s skin, romance has blossomed and it scares Sally. She falls fast and hard, so when it ends she has the tendency to self-destruct. So, who will win Sally’s heart in the end?

The Young And The Restless Spoilers – Romantic Evening Planned

Y&R spoilers reveal that Nick plans a romantic evening out with Sally only to have Adam hijack his spot and try to win Sally back. The two former love birds enjoy a nice dinner and conversation when it is suddenly brought to an end. Adam asks her if she would be willing to give him another chance he realizes now how much he cares for her.

I can see Sally wanting to say yes but I really don’t want her to. The way that Adam treated her was unacceptable and she deserves someone who won’t do that to her.

Nick may have started this relationship with the wrong intentions but now that he has turned to truly care for her, and take a dig at his father, I think the two of them could have a relationship that could withstand the tests of time. Adam tends to be a loose cannon and overreacts over the simplest situation. He tends to push people away if he thinks they have betrayed him by overhearing them.

Sally is an independent ambitious woman, she acts before she thinks and has the tendency to get herself in a situation she didn’t intend to happen. Adam will always have a quick-fire reaction and make the situation worse than better.

The Young And The Restless Spoilers – Nick Newman’s Future

Y&R spoilers reveal that Nick seems to give Sally a little more grace than the rest of the Newmans. He sees how hard-working and determined she is and wouldn’t be one to put her down for her ideas. He would be a great partner who would support her and help launch her career even further than she could imagine. He would also show Victor Newman (Eric Braeden) that he was wrong for doubting the ambitions Sally has set for herself.

Y&R Spoilers – Who Will Win?

I know if Sally were to choose Nick over Adam, Adam would lose his mind. He would wage an all-out war with Nick but I feel like he should be careful he seems to have more enemies than his brother and the retaliation may not end well for Adam. Guess we will have to watch and see how this all plays out.

GH Spoilers: Early Week Spoilers, Victor Catches Lucy Scheming, What Will He Do?