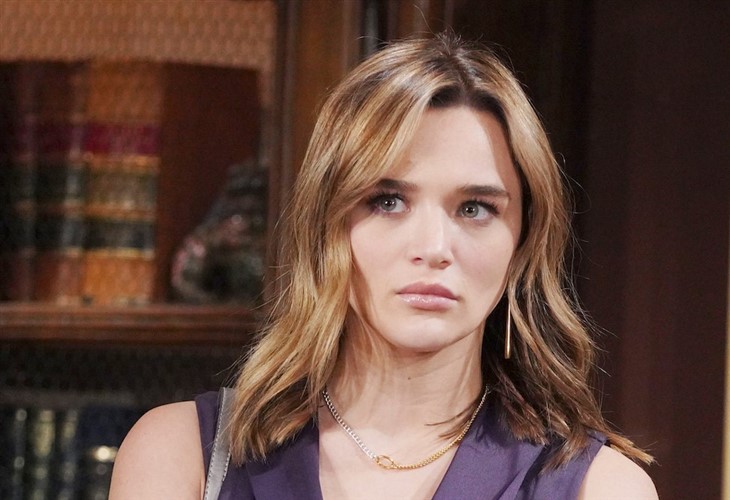 Diane wants a chance at a do-over with her son; but considering Kyle Abbott (Michael Mealor) is a grown man with a son of his own, it’s not like she can exactly redo with him! Longtime viewers of The Young and The Restless will recall that Diane was the monster mama from hell, and that isn’t something she can take back – nor is the over twenty years she spent pretending to be dead!

She may not be able to get Kyle into a time machine and go back to his childhood, but maybe she can have her chance to make amends by proving she’s a good grandma. It won’t be easy for Diane to get that chance, however, with Summer being Phyllis Summers’ (Michelle Stafford) mother, and then there will be both Jack Abbott (Peter Bergman) and Nick Newman (Joshua Morrow) standing in her way!

Viewers of The Young and The Restless will remember that Jack had hoped to bring both Kyle and Summer, along with Harrison Locke (Kellen Enriquez) to Genoa City for a visit. But Summer couldn’t get away from work at Marchetti Fashions, so she stayed behind this time. Kyle plans to bring Harrison with him, and Jack wants to tell him in person that his mother is alive and had been living in Los Angeles under the name “Taylor Jensen” and also about his niece Allie Nguyen (Kelsey Wang).

Jack would want to tell Kyle in person about his mother, that is just something too drastic to tell someone about on the phone! But Diane is already several steps ahead of Jack – viewers will recall that she pretended to be Ashley Abbott (Eileen Davidson) and got Kyle’s phone number in Italy – and she’s staying at The Grand Phoenix!

The Young And The Restless Spoilers – Mama Drama Ahead When Summer Newman Abbott Returns!

Diane could track Kyle, Harrison, and Summer down to their home in Italy, but that wouldn’t be something that could easily be played out because mama drama is needed to add spark to the storyline! Therefore, Kyle, Harrison and Summer will likely need to come back to Genoa City since Diane is staying there indefinitely, and there will be plenty of clashes between Diane and Phyllis and Jack to play out as the storyline progresses!

Y&R Spoilers: Diane Has More Than One Ace – Phyllis And Friends Destined To…