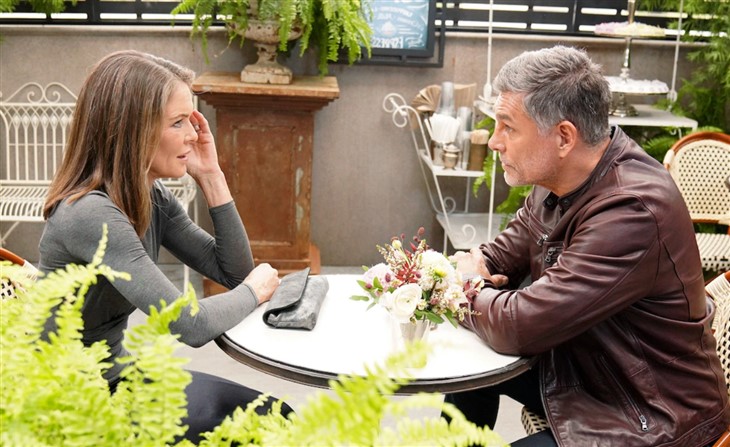 The Young And The Restless Spoilers – Recaps For Monday, November 28

Devon encourages Abby to work things out with her husband but he suggests divorce instead. Billy tells Chelsea Lawson (Melissa Claire Egan) to talk to bestie Chloe Mitchell Fisher (Elizabeth Hendrickson) and the latter is stunned by the update. At the same time Billy and Lily argue about Chelsea again while Victor Newman (Eric Braeden) confronts Chance Chancellor (Conner Floyd).

Nicholas Newman (Joshua Morrow) tells Nate Hastings (Sean Dominic) that he doesn’t trust him, next Victoria Newman (Amelia Heinle) asks Nate to join her on a business trip to Los Angeles. Sally Spectra (Courtney Hope) gets Chloe to stick by her even though she has no job prospects.

The Young And The Restless Spoilers – Recaps For Wednesday, November 30

Phyllis gets heat after telling Ashley and Nikki that she told Jeremy about Diane’s disloyalty and Chelsea ignored calls from Billy.

On Friday, December 2, furious Victor warns Nick against Sally while at the same time traitorous Sally and Adam kiss and then get busy. Tucker, Devon, and Dominic bonded on the floor while Jeremy confronted Diane at the Abbott mansion!

Days Of Our Lives Spoilers: Will Kristen Have Rolf Brainwash Brady’s Love For Her Back?