Y&R Spoilers: Adam Has A Shocking Change Of Heart 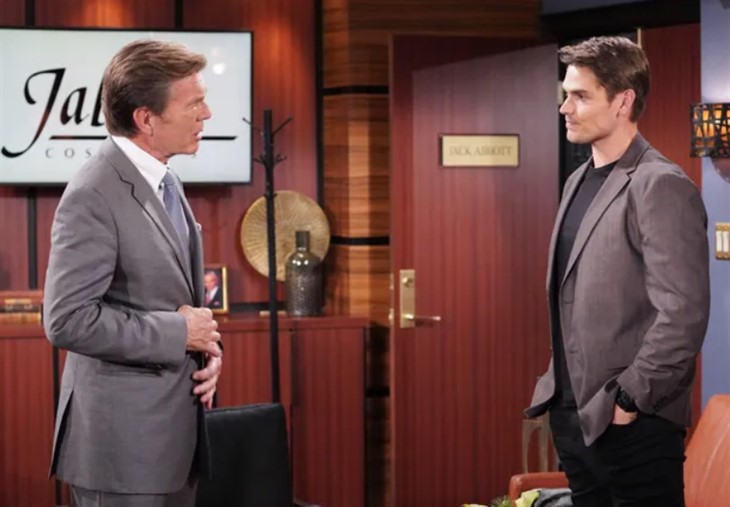 The Young and the Restless (Y&R) spoilers for Friday, September 9, 2022, reveal Nikki going for broke when it comes to bringing down Diane.

The Young And The Restless Spoilers – What Does Adam Newman Do Now?

Adam Newman (Mark Grossman) has been tossed around like he’s nothing by his family long enough but he still tried to have a gracious conversation with his father, The Great Victor Newman (Eric Braeden), informing him of his move to become co-CEO of Jabot with Jack Abbott (Peter Bergman). Needless to say, Victor was not happy and accused his son of betrayal.

On Friday, spoilers say that Adam has a change of heart. Does he decide to tell Jack to forget it and stay loyal to a father who is never loyal to him or is this about Sally Spectra (Courtney Hope) and the mess he made of their relationship? If Adam wants to remedy that problem, it might be too late and he may have to go through his brother, Nick Newman (Joshua Morrow), first.

Following Adam’s big announcement, Victor barely knows what to do with himself and feels useless and helpless, so he waltzes right into the Newman Enterprises offices and starts taking charge of his company.

Clearly, this does not sit well with Victoria Newman (Amelia Heinle), who he put in charge for the umpteenth time, ousting Adam and causing this entire mess. Will Victoria be the next child to drive Victor insane this week? Even Nikki Newman (Melody Thomas Scott) seems to have her own agenda and is not focusing on Victor and his needs at all. How dare he?

The Young And The Restless Spoilers – Chelsea Newman Goes For Broke

Over at Chancellor-Winters, things are not going much better for their own power players. Nate Hastings (Sean Dominic) is still ticking off Devon Hamilton (Bryton James) and does his best to hold his own in a board meeting. However, things don’t go quite the way he planned and Nate might turn out to be the biggest wild card in Devon’s business life.

Perhaps Nate and Victor should commiserate together since Nate likes the family so much he was willing to even help Victor fake his death once. Stay tuned to The Young and the Restless weekdays to see how these stories play out.

Days Of Our Lives Spoilers Friday: Everything Changes In Salem Forever

B&B Spoilers: The Logan Sisters Are Ready For War