The Young And The Restless Spoilers: Adam Declares His Love For Sally 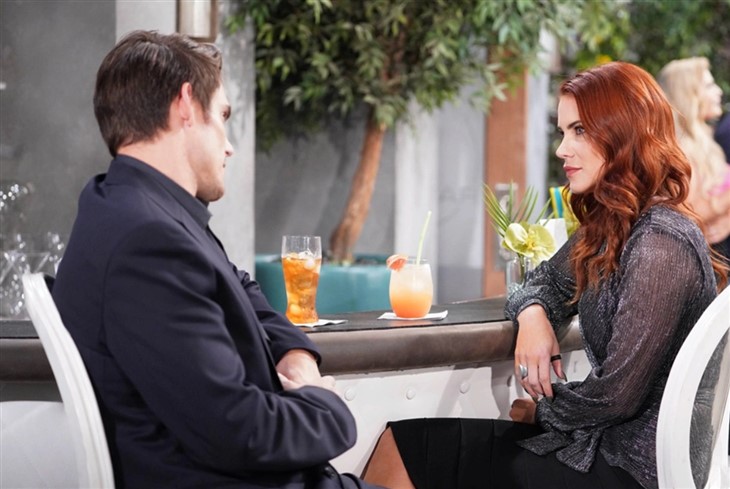 The Young and the Restless spoilers reveal Adam going for broke with Sally but Nick is right there to be a bad big brother as he frequently is.

So what if Adam Newman (Mark Grossman) sat his brother down at Crimson Lights and quite honestly told him how he feels about Sally Spectra (Courtney Hope) and how he knows he made a mistake when he dumped her for all the wrong reasons? He even asked Nick Newman (Joshua Morrow) to be honest with himself and ask himself if he really loves Sally and wants a future with her the way Adam does.

Sadly, this conversation just made Nick want to one-up the brother he has never really liked and claim Sally for himself no matter how he REALLY feels about Sally. Heck, even Sally offered him a way out but Nick didn’t seem to want to take it. We guess it doesn’t matter that Sally is the same age as Nick’s daughter and just last year tried to run Summer Newman Abbott (Allison Lanier) right out of town.

This week on The Young and the Restless, rather than being honest with Nick, Adam just decides to lay it all on the line with Sally and tell her how much he still loves her and wants her back. He promises to not make the same mistakes again and it’s clear Sally’s tough veneer is starting to crack.

Then, Nick joins them and tries to convince Sally that he is the best man for her and that Adam will only hurt her again. Nick then accuses Adam to his face of being poison so we guess he doesn’t care that Adam donated a kidney to his other daughter, Faith Newman (Reylynn Caster), last year. Nope, none of that counts now.

The Young And The Restless Spoilers – What Will Sally Spectra Do?

It looks as if Sally has quite a dilemma on her hands with two handsome and wealthy Newman men fighting for her. It’s more than she ever could have dreamed, but she knows she has to make up her mind already and that she does.

But who does she choose? Will she break Adam’s heart or will she send Nick running to Sharon Collins (Sharon Case), which is who he really belongs with, to tell his tale of woe? Stay tuned to The Young and the Restless weekdays to see how this story plays out.

Will Counting On Alum Jinger Vuolo’s New Tell-Book Be Explosive?