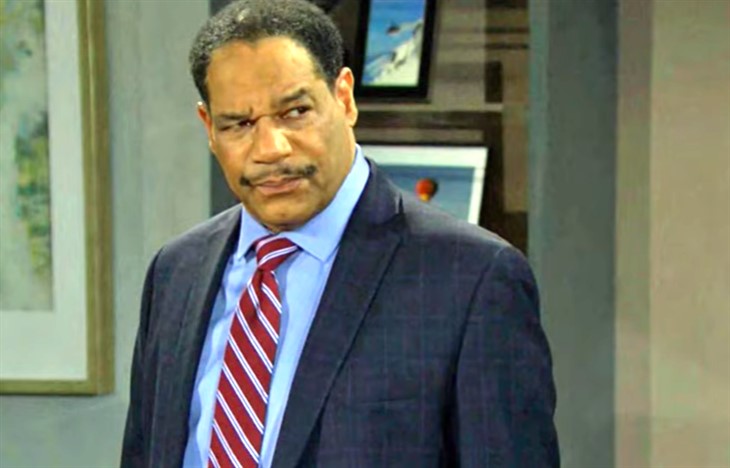 The Bold and the Beautiful spoilers reveal that Deputy Chief Bradley Baker (Dan Martin) already tried to talk to Steffy Forrester Finnegan (Jacqueline MacInnes Wood). Baker will talk to the shooting victim again during the week of April 25. Baker urges Steffy to remember. However, Sheila Carter’s (Kimberlin Brown) risky move could make her a prime suspect.

The Bold And The Beautiful Spoilers – Sheila Carter’s Desperation

B&B spoilers reveal that Sheila really should just flee Los Angeles. Eventually, she is going to be exposed for killing John “Finn” Finnegan (Tanner Novlan) and injuring Steffy. Instead, Sheila keeps hanging around the hospital and eavesdropping on conversations about Steffy’s medical condition.

Sheila wants to make sure that Steffy doesn’t remember the shooting. However, all of her questions about Steffy’s memory will make someone suspicious.

During the week of April 25, Baker will pay another visit to Steffy in the hospital. Baker will be made aware that Steffy’s memory loss is more profound than anyone realized. Both Baker and Ridge Forrester (Thorsten Kaye) will try to encourage Steffy to remember the night of the shooting.

The Bold And The Beautiful – Deputy Chief Bradley Baker Interrupted

The Bold and the Beautiful spoilers reveal that Sheila will find out Baker is questioning Steffy again. Sheila will flip out and become even more desperate to keep her secret. Sheila is afraid that Ridge and Baker might trigger a memory. If that happens, then it’s all over for Sheila. So, the villain makes a risky move by bursting into Steffy’s hospital room and interrupting the questioning.

Sheila might have a clever cover story for interrupting Baker questioning Steffy. However, it could also put the spotlight directly on the villain. Up until now, the only person who thought Sheila might have been involved was Thomas Forrester (Matthew Atkinson). Thomas hasn’t shared that information with anyone else. In fact, Taylor Hayes (Krista Allen) shamed Thomas for even suggesting to Sheila that she could have been responsible.

So, Sheila might end up being a prime suspect. However, can Baker prove it, or will Sheila get away with murder? Considering actress Kimberlin Brown is staying on the soap for a while, Sheila just might get away with her crimes. At least, she will get away with it for the time being.

What do you think Sheila’s excuse will be for interrupting Baker questioning Steffy? Will Sheila bursting into the room make her Baker’s prime suspect? How will this affect the direction of the investigation? Share your thoughts and remember to keep watching the CBS soap to see what happens next.