Steve Burton Reveals How He Ended Up On Days of Our Lives: Beyond Salem 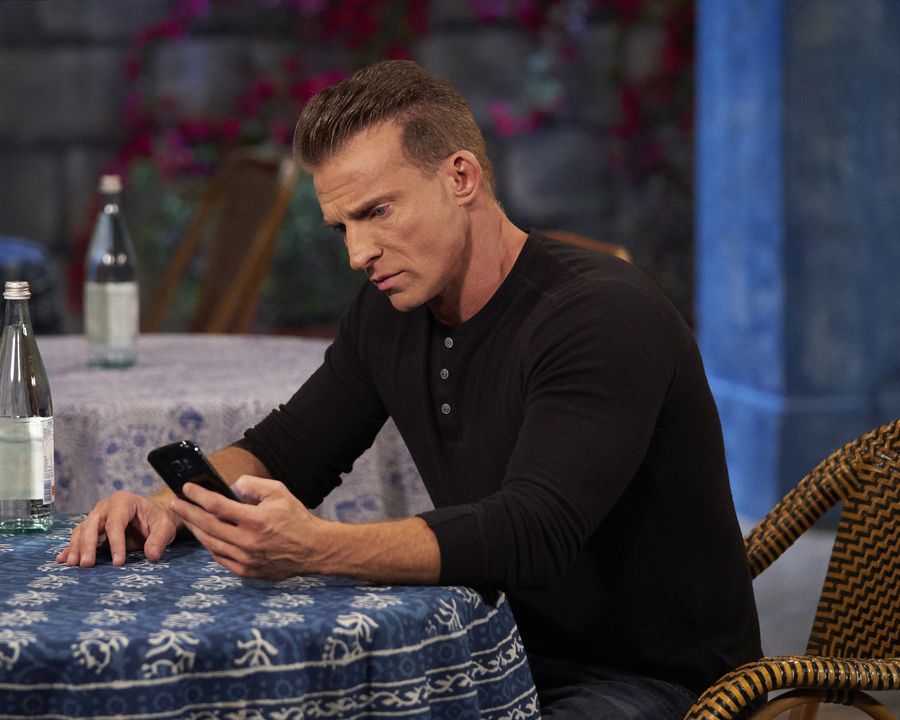 Days of Our Lives: Beyond Salem Brings Us Harris Michaels

Who is Harris Michaels, you ask? Well, he was a boy who Eve Donovan dated in high school. However, when she realized he only dated her as a bet to see if he or his friend could get her into bed first, Eve took sleeping pills in an attempt to kill herself. While Harris apologized for everything and was in love with her by then, things never worked out and Harris seemed to literally disappear.

Well, he turns up this week Beyond Salem and Steve Burton is just happy to be back on soaps after he was let go from General Hospital last fall for refusing to comply with the network’s COVID-19 vaccine mandate.

How Steve Burton Ended Up Beyond Salem

“I knew there was a possibility that The Young and the Restless may call because I was on it at some point. I didn’t know that this opportunity would come up!” Burton told Deadline, referring to when he played Dylan McAvoy on the CBS soap.

Burton went on to explain that he was surprised and thrilled when the DOOL casting director called him and offered him the opportunity to appear on the Peacock streaming spin-off mini-series.

“I didn’t even get to read the scripts. I was excited that it was a limited run. We did so many stunts. And it’s funny because obviously on General Hospital, I had one wardrobe, you know? I joke that I had more wardrobe changes in Beyond Salem than I have my whole career on General Hospital.

Burton then reflected on his long-ago time on DAYS, before he ever became a well-known soap star. “In the olden days, the summers used to be for the teen storylines. It was Charlotte Ross, who played Eve, and me and Scott Reeves, who’s a good friend of mine. That’s where we actually met on Days of Our Lives 30 years ago,” Burston said.

“He and I were kind of like the high school troublemakers trying to mess with Eve. I wasn’t the greatest guy, but the character was only 17, so what can you do? He’s still going through puberty. I was only supposed to be on for a couple of shows and I ended up being on for more. I had really great memories of driving on the lot and working. It was one of my first jobs. I was so grateful.

B&B Spoilers: Finn Meets Mike And It Might Not Go Well

Y&R Spoilers: Ashland Grabs His Head In Pain-What’s Next, A Faked Brain Tumor?