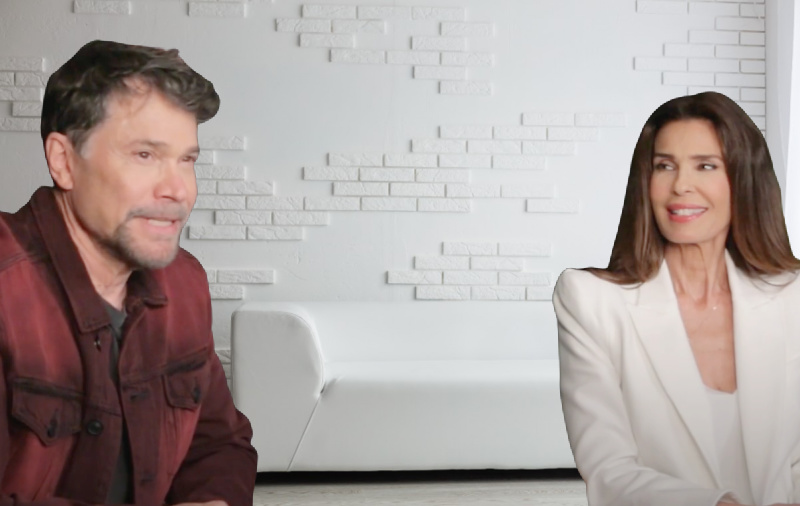 Days of Our Lives fans are going to get the treat of a lifetime this week when Days of Our Lives: Beyond Salem streams on Peacock starting July 11. We will finally get the Bo and Hope reunion we’ve waited seven years for.

Days of Our Lives’ Bo and Hope Reunite

While we’re not sure in what form we will see Bo Brady after witnessing him as a spirit in May to close out Salem’s second satanic possession story. But he will beyond Salem with his Fancy Face and we can’t wait. We also haven’t seen Hope in over two years, but will finally learn she’s been in Montreal.

“I was so flattered when they came to me and asked me to reprise the role of Hope Brady, but what really got me was the storyline,” Kristian Alfonso told TV Insider. “I don’t know how they are going to fit all that happens within these five episodes because there’s a lot.”

As the two actors reminisced about their years playing Bo and Hope, they had to admit their favorite storyline was when Bo and Hope went to New Orleans in 1984 for one of soap operas’ most romantic location stories ever. It was also when Alfonso and Peter Reckell learned they were a daytime phenomenon.

“We had just landed in New Orleans and we were just talking waiting to deplane and we look out the window…I said oh my gosh Petey, they’re playing our song, they’re playing celebrate,” Alfonso said, referring to the Roberta Flack-Peabo Bryson tune Tonight I Celebrate My Love. “We thought it was the muzak on the plane but when we got off there was a band there and 10,000 people and I just remember you just holding me and lifting me…Everything was so amazing and it was so fun, we had such a ball, didn’t we?”

Peter Reckell also revealed that it was in New Orleans that Bo started calling Hope Fancy Face and the name just stuck — even nearly 40 years later.

“New Orleans, we were doing so much material, that’s where Fancy Face came from,” Reckell said. “I was in the carriage with Mrs. H and she jumps in the carriage and surprised me and I’m looking at her and she just had that face and I couldn’t figure out what I was going to say so I said, ‘Fancy Face, what are you doing here? And that was the beginning of Fancy Face…Ryan Gosling used that in a movie and I was like, hey, that’s mine”

Tune into Days of Our Lives: Beyond Salem Chapter 2 from July 11-15, streaming on Peacock.