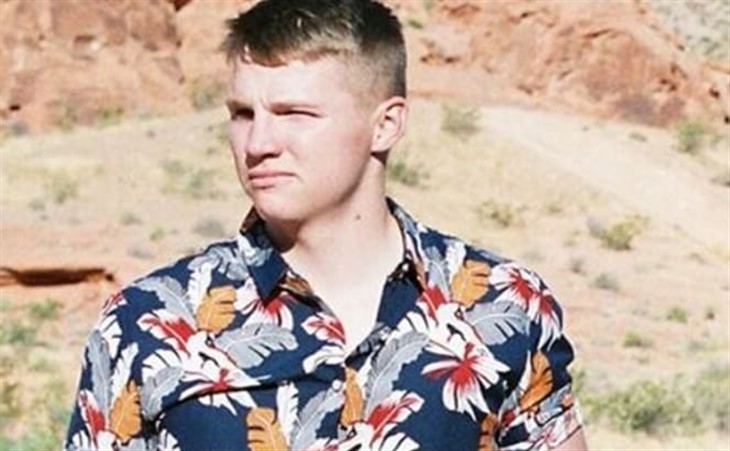 Sister Wives star Garrison Brown wasn’t afraid to tackle Kody when it came to his career choices. And now, it looks like he’s not afraid to track down a monster either. Legend has it that the monster lives in the wilderness. So, off he went to track it down and presumably get some photos. Was he successful? Read on to find out.

Sister Wives – Star Garrison Brown In Search Of Something

When he was 17, TLC fans saw that Garrison wanted to join the Army. However, Kody wasn’t keen on that. So, he compromised, and instead, he joined the National Guard. These days, he lives in Flagstaff and it seems that he fell in love with the wilderness. He owns a house now and started his own online store selling clothing. Apparently, he also studies. But in his spare time, he gets out in the wilderness.

Sister Wives fans who follow Garrison know that he loves taking photos. Often, he takes night scenes and managed to capture some great pictures. Clearly, he has a big interest in the universe. However, on his current adventure, he’s searching for something else. Actually, it sounds a bit scary, so his National Guard training could come in handy. On Thursday this week, he shared about his monster quest on Instagram.

Garrison Brown took to his social media and shared some photos of himself out in the wilderness. Actually, he’s visiting Lake Katherine below Redondo Peak in Santa Fe National Park. In his caption, he wrote, “0 Wendigos, 0 sleep.” Those in the know asked him to keep them updated on his search.

A fan said to Janelle’s son, “Surely a skin walker here or there?🤔”  In reply, he said, “only the guy who I passed on the way down at 2 am and glared at me like I was the weirdo.”

Some Sister Wives fans had never heard of a Wendigo before. However, it seems that folks who live in Flagstaff are aware of them. So, walking in the wilderness could become fraught with danger, and not just from bears.

Sister Wives – What Is A Wendigo Monster?

Sister Wives fans come from all over the world. So, you might not know that Garrison Brown was in search of a mythical flesh-eating monster. All That’s Interesting reveals that the legend started with the “Algonquian Native American folklore.”

The tale that probably scared the socks off thousands of kids over the years, is about a lost hunter. The website explains, “During a brutally cold winter, this man’s intense hunger drove him to cannibalism. After feasting on another human’s flesh, he transformed into a crazed man-beast, roaming the forest in search of more people to eat.”

If Garrison tracks down his monster, hopefully, he gets out of there alive.