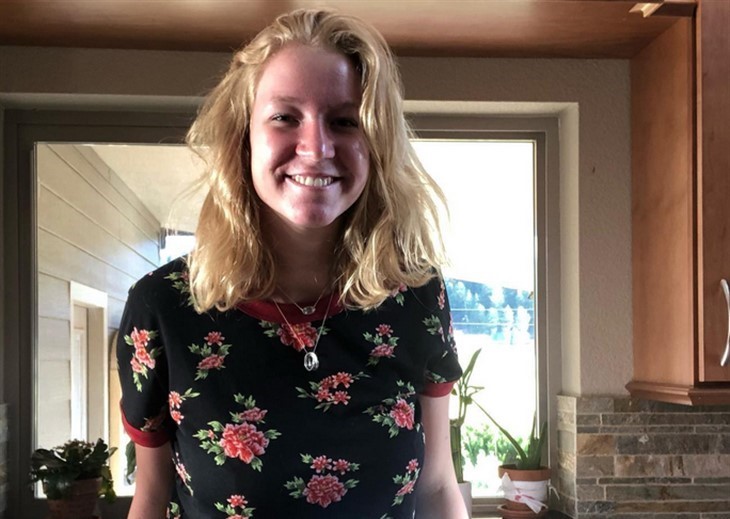 Sister Wives spoilers reveal that Gwen Brown and her girlfriend have some very happy news that they are celebrating with their fans. Gwen decided to post on Instagram to share her love for her new girlfriend, Beatriz Queiroz. They just celebrated their six month anniversary together and it seems that they are happier than ever. In fact, some fans feel that Beatriz could be the one.

Gwen was on Sister Wives for over ten years and when she came out as bisexual, a lot of her fans were shocked, but she admitted that her parents always knew and that she was never in the closet around her family. Gwen has been showing massive support for her mother, Christine Brown now that she has left her father, Kody Brown. She has kept very quiet about her father though.

With Gwen being so open about her sexuality, she is also very active on social media. She has quite a large following still and posts pretty regularly on Instagram. This is where she first shared the news of her relationship with Beatriz and then she shared that they had moved in together.

This past weekend, Gwen shared a picture of herself with her girlfriend and captioned it, “Recently celebrated our 6 months! She made chocolate fondue and I ost my mind at her planning skills.” They also mentioned that they had found a song and they played it in the post as well. In Gwen’s Story, she shared with her fans that they were taking maternity photos. Of course, she was joking because some of her fans thought that it looked like Beatriz was holding a baby bump. She told her fans that she was just “bloated” and defintely not pregnant.

We are happy that they got to celebrate their special anniversary together and it looks as if they are very happy together. We can’t wait to see more of their special days together.