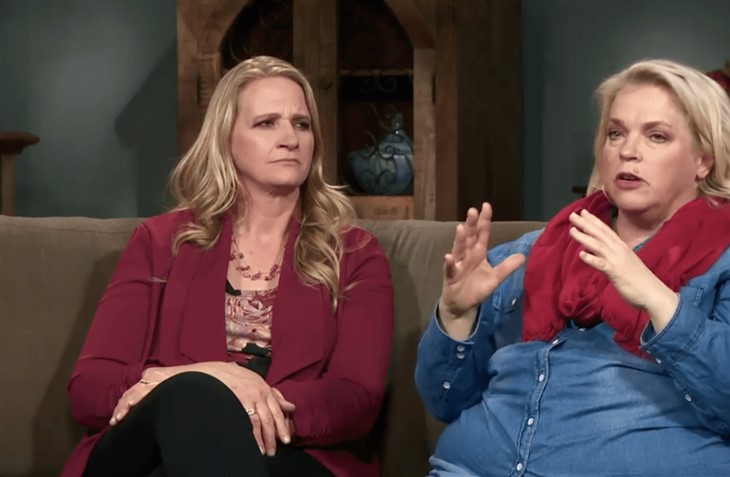 Sister Wives spoilers and updates tease that Christine Brown received a lot of support from Janelle Brown when she decided to leave Kody Brown. She may have lost a husband but she’s earned a friend for life.

Christine and Janelle have been together for years and they’ve grown closer during that period. Christine helped Janelle with her kids and that’s why when she decided to leave, Janelle was happy to give her the support she needed.

Christine’s marriage with Kody has been on the rocks for a long time. One of the problems she had with him was his preference to spend more time with his fourth wife, Robyn. Christine also pointed out that Kody failed to fulfill his responsibilities to their children and even failed to show up when Ysabel had her surgery.

“I needed more communication, more trust, and I realized we didn’t really have a partnership,” she said.
Despite everything she went through, there was one person who helped her and it’s no other than Janelle. Christine revealed that Janelle cried when she learned about her plans to leave the family.

Christine had to make a hard decision to leave Kody given that she’s been part of the plural marriage for 26 years. Even as the third wife, she failed to establish a strong relationship with Meri and Robyn. It was Janelle who made an effort to be close to her and they’ve become good friends ever since she joined the Brown family. Knowing that Janelle support Christine in her decision to leave their polygamous life, fans are starting to wonder if she’s planning to take the same path.

Since her split with Kody, Christine is now living in Salt Lake City, Utah. She’s happy to get a fresh start. She recently launched Cooking with Just Christine for TLC in February. This is her first solo digital series, which recently premiered its second season on September 2.

Christine recently celebrated her 50th birthday. She shared that she’s still in touch with Janelle, whom she described as a “wonderful” person. On the other hand, she hasn’t talked to Meri or Robyn since her departure. The last time they spoke was during Isabelle’s graduation party.

Watch out for the upcoming premiere of Sister Wives as the show returns for its 17the season on September 11.

The Bold And The Beautiful Spoilers: Fall Preview, Danger, Romance, And Returning Favorites