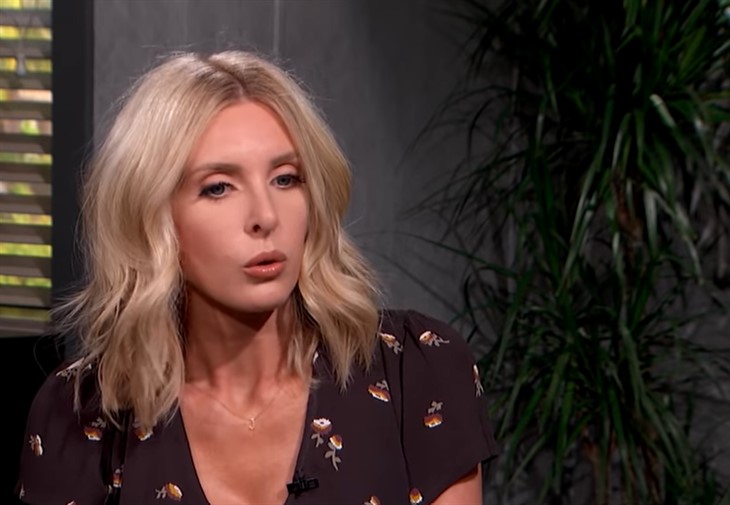 No bond is stronger than the father-daughter bond, trust me, ain’t nothing stronger than that bond that’s why, no matter how many years that goes by, no matter how old the girl child is, she always seeks to find the man her father is in her future husband, she always wishes to see some of those attributes of her father in her prince charming and once that which they seek is nowhere to be found it’s mostly an issue in some cases.

The Chrisley Knows Best alum Lindsie Chrisley shared on Thursday, October 13, how her estranged relationship with her father affected her marriage with her ex-husband Will Campbell.

Lindsie Chrisley — On What Was Missing In Her Marriage With Will

Before I go into that, let me quickly add that Lindsie’s marriage with her ex was the on-again, off-again type, she and her ex-husband Will began dating in the year 2009, three years later, they eloped to get married against her dad’s wish. In 2014 they had a brief breakup but later reconciled, in 2016 they had another issue and even tendered their divorce papers but like before, they reconciled and withdrew the divorce, they finally went their separate ways last year 2021.

Recently, Lindsie made an appearance on their family podcast “Chrisley Confessions” with her half sister Savannah Chrisley, in Lindsie’s confessional, she admitted that her estrangement with her dad Todd Chrisley really affected her relationship with her ex-husband in that she always wanted Will to be more of what her father is to her, she explained that when she wasn’t getting that from him over the 9-year period they were married, it became an issue to her.

Remember I said Lindsie eloped and that caused a bridge in her relationship with her father, it turns out that Todd wasn’t entirely against Lindsie’s marriage to Will, rather he advised his daughter to not get married when she did because she wasn’t ready for that aspect of her life, “I said to you, ‘Don’t do this. You’re not ready. You don’t know who you are yet. Live your life.’ I said, ‘I don’t want you cheated out of one second of your life,'”

Lindsie Chrisley — On Lindsie’s Split With Ex-Husband Will Campbell

Lindsie shared the news of her split from Will via an Instagram post with featured a picture of her and her then 9-year-old son holding unto each other, the post read:

“While one door closes, another opens. It’s with the deepest sadness that, after 9 years of marriage, Will & I have mutually decided to end our marriage. We maintain the greatest respect & love for one another, & we’re so grateful for our time together. We will continue to remain friends & be devoted parents to our son whom we both love very much.”

Lindsie concluded the post with, “Personally, I am focusing on the new beginnings ahead & a fresh space with the move this week. Thank you in advance for respecting our privacy as we work through this challenging time for our family (red heart emoji).”