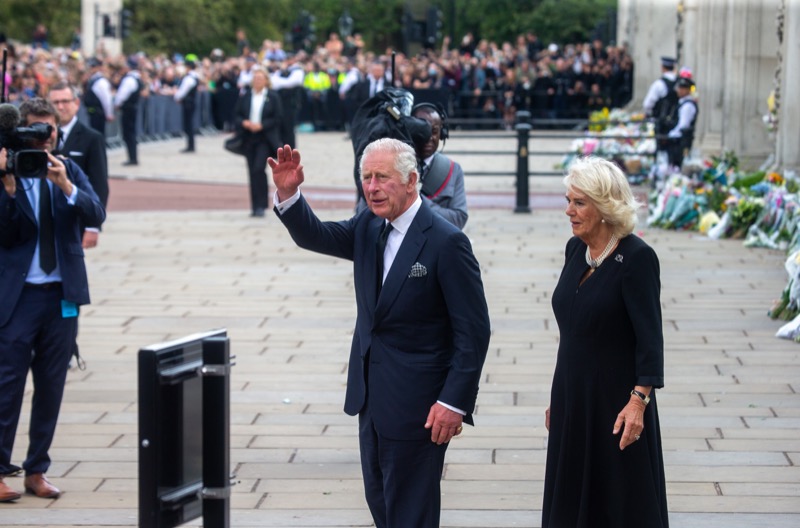 According to royal author Katie Nicholl, King Charles could grant Archie and Lilibet titles if their parents show some respect for the monarchy from which the titles are coming.

Will that be possible with a “truth bomb” memoir and a Netflix documentary on the way?

Could King Charles Relax His Slimmed-Down Monarchy Plans To Please the Sussexes?

Since the Queen’s death, it’s been rumored that Harry and Meghan have been persistently requesting royal titles for their children.

Now, it’s believed that Charles has always favored a slimmed-down royal family and would implement it once he becomes the reigning monarch. So far, we’ve seen him degrade Prince Harry and Meghan to the bottom of the chart with Prince Andrew: another non-working senior royal.

Archie and Lilibet’s titles on the official Royal Family website remain the same, even though those of their cousins have been updated following the Queen’s death.

No one knows where the Sussexes currently stand with the rest of the Royal Family, but it’s been said that Meghan modified her podcast episodes to remove any harsh criticisms of the Institution. Harry’s memoir, unsurprisingly, has been pushed back, yet again. In fact, there are those who doubt it’ll ever hit the shelves.

Speaking on the titles, Katie Nicholl said that it’s possible Charles would bestow titles on Archie and Lilibet, even though the two currently reside in California with their parents. She also suggested that the titles would definitely come with a “caveat”.

While it’s not clear how Harry and Meghan would show respect to the royal family, not trashing them in public could be a start.

However, Charles could go down the lane of the Danish Royal Family and decide not to grant Archie and Lilibet any titles.

GH Weekly Spoilers: Holly Is Back, Lucy Is In Big Trouble