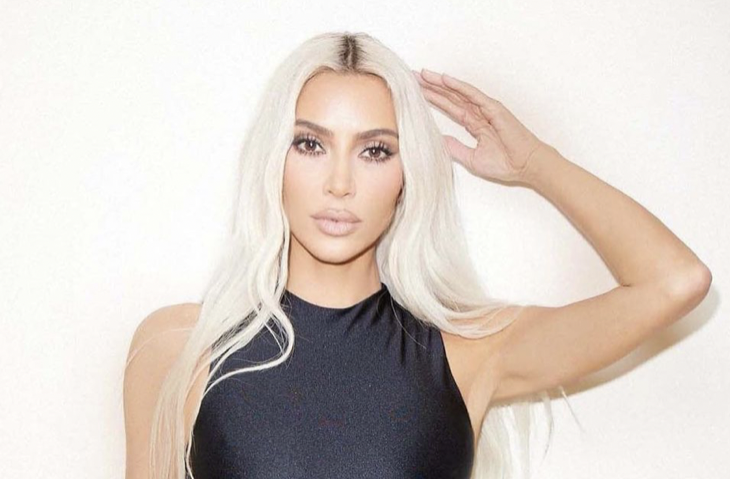 Kanye West still maintains a loyal fan following amid his anti-Semitic scandal. And some of those fans have taken to trolling his ex-wife Kim Kardashian. But their focus on mocking Kim’s fashion earned a comeback from Kardashian.

Find out why fans disliked one of the reality TV star’s recent outfits. And learn how Kim clapped back with a bombshell. Get all the details below.

Kim Kardashian famously once confessed that Kanye West chose all her outfits and styled her. And while the star of Hulu’s The Kardashians might wish fans would forget that confession, they didn’t. As a result, some of West’s fans have mocked Kim’s style, noted Us magazine.

But one outfit in particular got trolled. And Kardashian must have winced when she read the slams for an outfit that consisted of a turtleneck top, a flame-red leather skirt, and matching gloves. However, after seeing all the negative comments, Kim clapped back with a bombshell.

“Let me just say one thing about the flame outfit that everyone wants to talk about,” asserted Kardashian on her reality TV show. “On the internet [people] destroyed me and were like, ‘This is what she gets not being with Kanye. Finally, one look she dresses herself and Kanye’s outfits must have run out.'”

However, the 42-year-old mom of Psalm, Chicago, Saint and North West clapped back. And she revealed that the outfit actually reflected one of Kanye’s old selections! As a result, Kim clearly enjoyed dropping her clap-back bombshell.

“The tea is this,” began Kardashian. “This was one of the outfits that [Kanye] styled and picked out. So, if you guys knew that and if we were together, you guys would think it was the coolest outfit in the world. Everyone is so f—king fickle.”

However, the reality TV star also has admitted her sadness about the split. For instance, Kardashian recalled how she had trusted Kanye, 45, to help her with her style. And she felt that fashion represented the last area on which they agreed before their breakup.

But the reality TV star also reflected on how she felt creating her own life after filing for divorce from West in February 2021. And she admitted that she had become seen as a couple known as Kimye during their nearly seven-year-long marriage. As a result, Kim needed to explore how to regain her own sense of self.

But Kardashian also got honest about how much West hurt her amid their split. For instance, West told her that her career had ended. And she felt certain that she made the right decision in filing for divorce.

Kanye “told me my career was over and showed me a picture of Marge Simpson wearing something similar,” Kim recalled in a conversation with her sister Kourtney Kardashian on their reality TV show. And she shared that “knew [the divorce] needed to be done when I filed.” As a result of such hurtful comments, Kardashian recognized “it wasn’t the right situation for me,” she added.

However, now Kardashian feels positive about herself. But she also expressed frustration in how Kanye’s fans regard her. And she noted, “I am always super protective of Kanye and not sharing a lot of the negative things that have happened. Just because he is not here doing the show. Also, if I do something on a reality show then it’s like, ‘How dare she talk about him?’ But he can do a song and, ‘That’s so creative and expressive. ‘It is always two different sides are being expressed two different ways. One is respected and one is not.”

Tell us what you think. Do you agree with Kim Kardashian that a double standard exists between her statements on Kanye West and how his fans treat her? And after you share your views, check back on our site for more celebrity news.