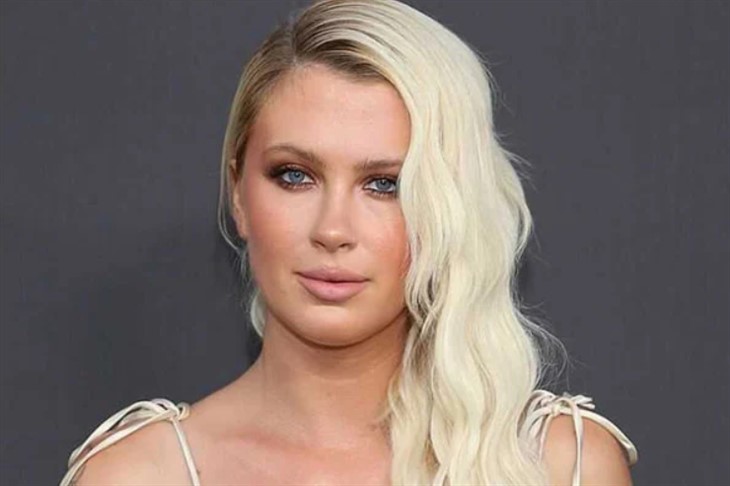 Alec Baldwin and Hilaria Baldwin recently shared their joy at the yoga instructor getting pregnant again.  But while the celebrity couple can’t wait for another baby, Alec’s daughter Ireland doesn’t seem quite so thrilled. And Ireland (whose mother is the actor’s ex-wife Kim Basinger), decided to go public with her disdain.

Find out what Ireland revealed about her views on Alec and Hilaria Baldwin expanding their family. And see what else the model shared about her life. Get the latest news about Ireland Baldwin below.

Oh, baby! Alec Baldwin’s oldest daughter Ireland Baldwin apparently couldn’t resist sounding off on the news that her dad’s wife has gotten pregnant again. In the wake of Alec and his wife Hilaria Baldwin boasting about her baby bump, Ireland turned to Instagram to share her views, noted Page Six.

And the model complained that she feels people assume exactly how she will react. In a somewhat cranky announcement, Ireland informed them, “It’s none of my business.” And Alec’s daughter also contended that she just doesn’t care what Hilaria does.

“I get countless messages from people who are kind of alarmingly obsessed with my father and his family,” Ireland penned on Instagram. “I think a lot of people assume my take on any of this.” And she emphasized that she feels no emotions about her father’s growing family.

For those who pity the daughter of Alec and his ex Kim Basinger for lacking a large family like her dad, Ireland Baldwin boasted about her lifestyle. Living in Oregon with her boyfriend, RAC musician André Allen Anjos, Ireland stays busy with a variety of occupations. “I smoke weed, I eat good food, and I mind MY own business,” stated Alec’s daughter.

And rather than children, Ireland enjoys doting on her six dogs. She also fosters dogs, models, and works on becoming a screenwriter. However, the model hinted that she dislikes questions about her life. “People also love to get into the topic of what I do for a living,” complained Ireland.

However, the 26-year-old dog lover also took time to thank fans who supported her. “All that matters is I approve of me, and it feels damn good,” added Ireland. “I am so grateful and lucky to be where I am.”

In addition to Ireland, Alec co-parents daughters Carmen, 8, and María Lucía, 13 months, and sons Rafael, 6, Leonardo, 5, Romeo, 3, and Eduardo “Edu,” 18 months, with Hilaria. In her baby announcement, Hilaria wrote, “After many ups and downs over the past few years, we have an exciting up and a huge surprise: another Baldwinito is coming this fall 💛. We were pretty sure our family was complete, and we’re beyond happy with this surprise.”

Tell us what you think. Do you sympathize with Ireland Baldwin? And after you share your views, check back on our site for more celebrity news.