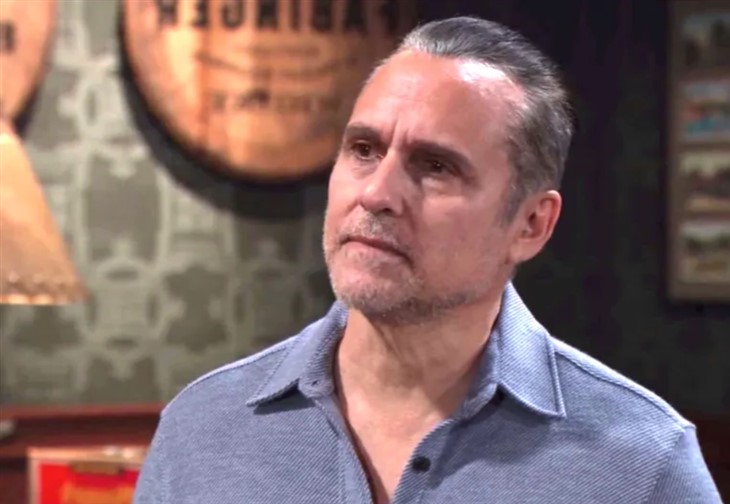 Previous GH episodes revealed Michael Corinthos (Chad Duell) has put a chokehold on his father’s legitimate businesses, luring away his coffee customers and holding up his shipments! Michael was behind Sonny’s foreman at the docks being fired and replaced, and he’s determined to crush him; even Dante Falconeri (Dominic Zamprogna) couldn’t make him back down! It’s all because of a serious grudge that Michael has against Sonny for hurting his mother and taking up with Nina Reeves (Cynthia Watros) and he’s cut all ties with him.

Sonny reaches out to Port Charles Police Commissioner Jordan Ashford to see if there’s any influence she could have on the harbormaster through the PCPD. The two meet at the Metro Court where Jordan finds Sonny at the bar.

Sonny explains the situation to Jordan without bringing what he knows about Michael’s retaliation up in the conversation, telling her he has a shipment held up in the harbor. Sonny continues, saying every minute that shipment is held up, he loses money and he loses good will with his customers, and Jordan asks him what is in the shipment. Sonny tells her it’s coffee, and it has a shelf life; if the beans aren’t fresh, the coffee won’t taste any good when it’s made. Police probably drink almost as much coffee as doctors and nurses do, as well as anyone in a profession where they need to stay awake long hours! Jordan tells him he should take it up with the harbormaster, which isn’t what Sonny wants to hear!

Sonny continues, telling Jordan that since she was gracious enough to come over there and say hi, he would take it up with her! Then he asks if the Harbor Patrol still works with the Port Charles Police Department, and she says they do, but dock bureaucracy is hardly in their purview! Sonny says he’s just asking a simple question, what’s the holdup – he just wants to get his shipment of coffee beans moving before they get stale!

Jordan again tells Sonny something he doesn’t want to hear, and says she honestly doesn’t know and then says she’s sorry but she can’t help him! Sonny responds of course she can’t and doesn’t know what’s worse – people who watch you burn or people who light the match!

Jordan says she knows this isn’t really about the harbormaster or the PCPD; she leans in close and asks what’s really eating you, Sonny? The two of them may be on opposite sides of the law, but they are friends – the two worked together to take down Cyrus Renault (Jeff Kober)! Sonny likely doesn’t want to tell her the whole story at least not on an official basis! Turning Michael into the cops for his threats and his harassment and interfering with his business isn’t going to help heal their relationship!

90 Day Fiancé Teaser: Mohamed Says Yve Must Accept Him As He Is