GH Spoilers: Mac Comes To Grips With Being Cody’s Father Just In Time For Scott To Claim He Is 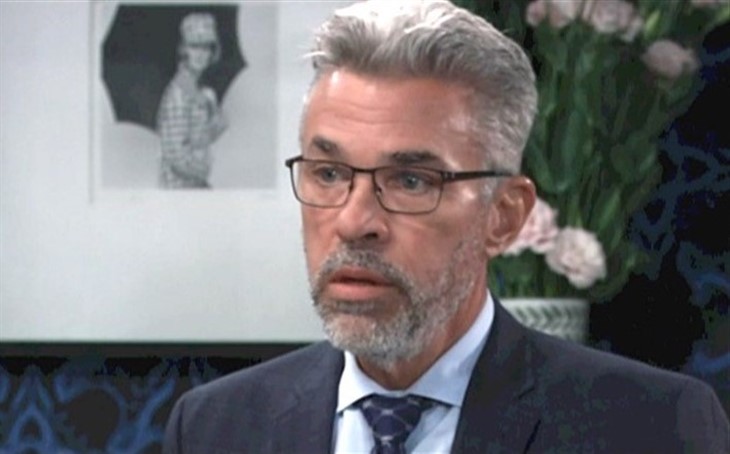 General Hospital (GH) spoilers indicate Mac Scorpio’s (John J. York) confession that he is Cody Bell’s () father will bring forth more surprises than he expects. It’s been a turbulent time since Cody got to town. As a newcomer, he is holding the attention of law enforcement in light of a new string of attacks in Port Charles. The Hook has already maimed three people, and one of them — Brando Corbin (Johnny Wactor) — didn’t survive his encounter. But the secrets surrounding Cody and what led him to Port Charles will be much more interesting.

Yes, the math adds up. It’s quite possible Mac is Cody’s father, and they both know it. So far, they’ve both been dancing around the idea that they’re related. Cody certainly doesn’t mind being an imposition, and his rough exterior is a great distraction from the insecurity he feels that Mac would see him as one.

Mac has been investigating Cody, and the Quartermaine stable guy just assumed it had something to do with his shifty background — a secret only Dante Falconeri (Dominic Zamprogna) really knows about that they both hope to keep under wraps. But in recent weeks, Cody has noticed Mac’s investigation has taken a more personal turn, and he’s begun to put together all the clues that point to one thing: parentage. Is Mac Cody’s long lost dad? Not so fast.

While Mac and Cody’s mother, Dominique Baldwin (Shell Danielson) certainly had a romantic love affair, Mac wasn’t the only man to bed Dominique. Prior to meeting him, she was trapped in a loveless marriage with  Leopold Taub (Chip Lucia). While she escaped that marriage for some time to be with Mac, Leopold did catch up with her and had her committed to Shady Brook. Many questions remain unanswered about the time she
spent there, and the most important one is certainly whether Cody was born during that time.

However, Mac and Dominique ultimately didn’t pan out, and she fell into the arms of attorney Scott Baldwin (Kin Shriner). But their love would be short-lived, as would Dominique’s time in Port Charles. An inoperable brain tumor rendered her terminally ill. Before her death, she and Scott decided they wanted to have a child together, and they did so using a surrogate — Lucy Coe (Lynn Herring).

Is it possible Lucy carried two babies to term, and somehow Scott and Dominique (and possibly Lucy, too) were only made aware of baby Serena Baldwin (Carly Schroeder)? Could Scott step in at the last minute — just as Mac is coming to terms with having a son — to take him away again and insist Cody is Serena’s twin?

Let us know what you think. Who will turn out to be Cody’s father? Stick with us for more news, updates, and spoilers on your favorite ABC soap!