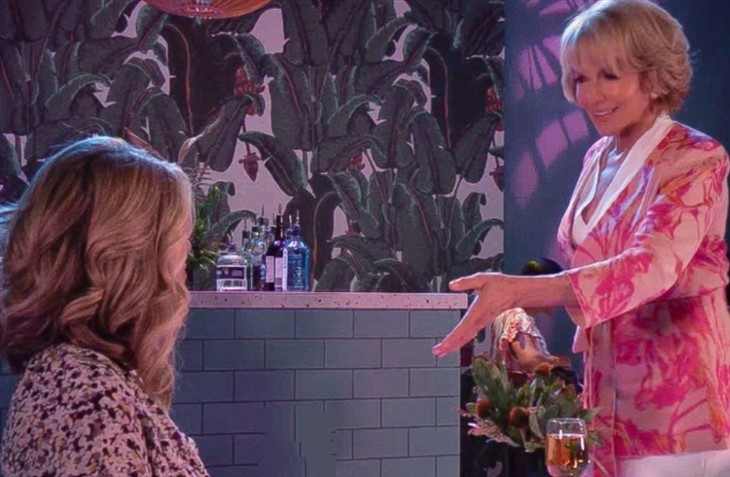 Martin Grey is known for a distinct Southern accent, and it’s not one from the Jacksonville, Florida area; he grew up in Shreveport, Louisiana. That’s on the border of Texas, and Jacksonville is on the coastline of the southern Atlantic Ocean. However, almost inexplicably, Peyton and Martin have exactly the same accent; could Peyton have grown up in Shreveport too?

Nothing has been said about if Peyton was married to anyone else before Dan Roberts, could Martin have been her first husband or second, before Wade? More to the point, could she be Martin’s worst ex-wife of his three mentioned by Lucy Coe (Lynn Herring)?

Anna Devane (Finola Hughes) leveraged Lucy into playing double agent with Victor Cassadine (Charles Shaughnessy) over threats to tell Martin’s ex-wives where to find him. Lucy had told her about the ex-wives, mentioning the worst one was quite a doozy, and she’d make mincemeat out of Martin and take him for every dime he had.

General Hospital spoilers show Lucy described her, going by what Martin had told her as a money grubbing gold digger who went after rich men for their money. One could easily see the highly affluent and highly judgmental Peyton as fitting that description; many people accuse others of being what they themselves really are. Peyton judges others by their affluence and their purchasing ability of the right shoes and clothing in order to impress others, even if they are only young teenagers.

Peyton made such a huge deal over a teenage Carly Corinthos (Laura Wright) wearing the wrong shoes one would think Peyton has more shoes than Esmé Prince (Avery Kristen Pohl). Maybe she has another secret besides being Martin’s worst ex-wife, maybe she’s Esmé’s birth mother too-the two seem oddly alike when it comes to shoes. It would be a little difficult imagining Peyton having an affair with Ryan Chamberlain, (Jon Lindstrom) however; he’d have killed her out of sheer exasperation.

However, she does seem to fit the description of Martin’s worst ex-wife, according to Lucy’s description she got from him. Considering their southern accents and phrasing are exactly alike, it would not really be all that surprising.

The Bold And the Beautiful Spoilers: 3 Must-See Moments For The Week Of September 19

Prince William And Prince Harry Finally Had Dinner Together