GH Spoilers: Carly And Drew Give In To Passion, New Couple Alert? 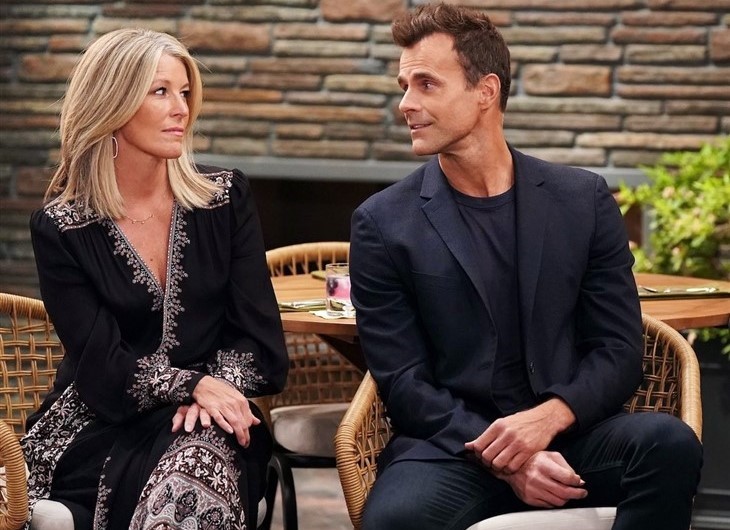 General Hospital spoilers tease that Carly Corinthos (Laura Wright) and Drew Cain (Cameron Mathison) have been getting closer ever since Drew returned from captivity. Drew had been help by Victor Cassadine (Charles Shaughnessy) who wanted to program Drew to be his own personal assassin. Peter August (Wes Ramsey) promised to give Victor the means to control Drew, but he never did. In the end, Drew was rescued and finally returned home to Port Charles.

General Hospital Spoilers – Drew Cain Was Single When He Disappeared

Drew and Sam McCall (Kelly Monaco) had already broken up when Drew disappeared, but when he returned home they still decided to clear the air that although they do love each other, that they aren’t in love with each other. Drew was dejected by decided to focus on rebuilding his life and his relationship with his daughter.

He also found himself in Carly’s orbit on a regular basis. In fact the two of them almost made love when Carly discovered her husband in bed with another woman, but Carly stopped them from going too far. She didn’t want to complicate their friendship. Drew agreed and the two have kept things platonic ever since.

Ever since they almost made love, Carly and Drew have remained close. Carly decided to invest heavily in Drew’s company, Aurora Media because she knew that Drew wanted to merge Aurora with ELQ. The merger didn’t happen and Aurora’s stocks plummeted, causing Carly to lose a fortune as well as her half of the Metro Court. She is in the process of rebuilding her life and Drew has been supportive every step of the way.

Perhaps now that Carly is in the process of rebuilding her life after her divorce and the loss of her fortune, she will entertain the idea of a romantic future with Drew. As Carly celebrates her future, General Hospital spoilers show she will likely be more open to romance. Drew and Carly have been getting closer for a long time, so it’s quite possible that their first date could lead to passion. But after they consummate their relationship, Carly will likely want to keep it casual while Drew may want something more. Can he convince her that they would make a could couple?

Should Carly and Drew take their relationship to the next level? Is there romance in their future? Or should these two just keep things casual? Anything can happen in Port Charles so stay tuned to General Hospital airing weekdays on ABC. And don’t forget to check back right here regularly for all your General Hospital news, information and spoilers!