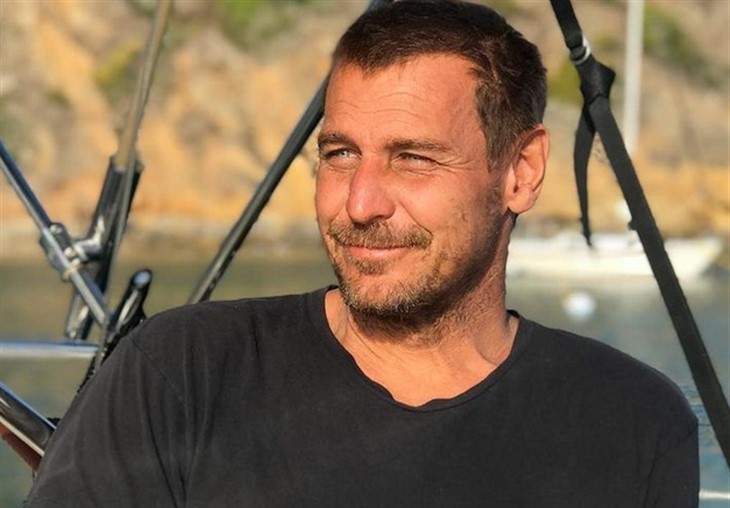 General Hospital star Ingo Rademacher has set the record straight about his Twitter account. Actually, make that his fake Twitter account. The actor, who is often vocal about many different political topics, has not been active on the micro-blogging site for a while. Here’s what he has to say.

Ingo, who as many fans know was forced to leave Port Charles after he refused to comply with the ABC network’s vaccine mandate, wants everyone to know that he is Twitter-less. Sharing a screenshot of the fake Twitter account, Ingo shared it on his Instagram account with his fans and captioned it with, “Let me be clear. I DO NOT have a twitter account. I deleted it back in 2020 ish. Fake account. If some of you want to report it thank you.”

Of course, it didn’t take very long for many of his fans and followers to comment on the matter. His former General Hospital co-sar Chad Duell jokingly said of Ingo’s sexy photo, “I need that framed,” while his former The Bold and the Beautiful co-star Jacob Young added, “Damn sexy picture tho!” with a fire and laughing emoji.

GH Spoilers – What’s Next For The Actor

That said, a lot of Ingo’s fans can’t help but wonder what’s next for the actor. He hasn’t been on the small screen since he left General Hospital back in November. What’s more, it doesn’t look like there are any projects in the pipeline for the actor. Interestingly enough though, Ingo’s former co-star Steve Burton (ex-Jason Morgan) did get an offer with Days of Our Lives as his former character, Harris Michaels. Now, whether or not Ingo does come back to the small screen remains to be seen, but for now we will definitely keep our fingers crossed in the hopes that he does! Watch this space.

Let us know what you think in your comments section below. Also, don’t forget that General Hospital airs weekdays on the ABC network. Check your local listings for times.

B&B Spoilers: Brooke Or Taylor – Who Does Ridge Choose?