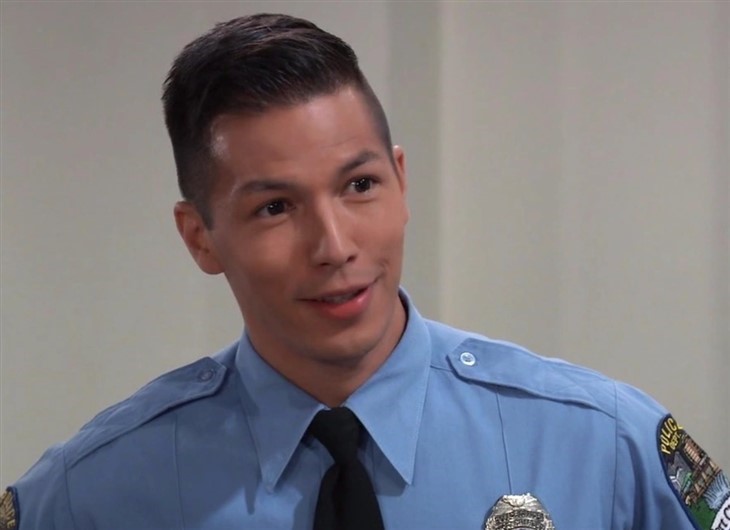 General Hospital spoilers indicate that Rory Cabrera (Michael Blake Kruse) may not be the good guy he wants everyone to believe he is. Rory seems a little too good to be true and fans wonder what’s up with him. Will Spencer Cassadine (Nicholas Chavez) win Trina Robinson’s (Tabyana Ali) heart after all?

General Hospital spoilers reveal that Kruse announced on his Instagram that he landed a role in Chicago, P.D. Kruse has worked on other prime-time shows such as Criminal Minds, Grey’s Anatomy, Everything’s Fine, and Strange Angel.

Michael announced on his Twitter and Instagram pages, “It’s great to be working in the Midwest again with the incredible cast and crew of CHICAGO P.D. So much to love about this city and show.” There has been no word on Kruse’s status at General Hospital or how long this role on Chicago P.D. will last. Of course, stars often do other projects while filming GH as well so this does not necessarily mean Kruse is leaving the show.

GH Spoilers: – Are Rory Cabrera And Trina Robinson Over?

Rory and Trina seemed to have connected. However, Spencer has gone above and beyond for Trina. Spencer even admitted to breaking out of prison to visit his mother’s grave to confirm that Trina was with him at the time of the video release. Spencer tried to force Esme Prince (Avery Kristen Pohl) to come clean by claiming to know her birth mother.

Spencer loves Trina but hasn’t told her as much because he sees she is into Rory. Unfortunately, Rory may not be the upstanding cop everyone believes him to be. General Hospital rumors have even suggested that Rory could be on Selina Wu’s (Lydia Looks) payroll. Has Selina placed Rory at the PCPD to help her to move her products through Port Charles? Is Rory really a dirty cop?

GH Spoilers – Who Is Right For Trina Robinson?

Trina and Spencer have been attracted to each other for some time. Fans have been revving up for “Sprina” for some time. Trina was so impressed with Spencer when they first met. Spencer and Trina were so close until Esme came to town.

Rory has been in Port Charles all of five minutes. Rory may have been a friend to Trina for a few months. However, Rory seems to have targeted Trina to make friends instead of just being with her. Did Rory have an ulterior motive to be friends with Trina? Was Rory working against Trina instead of for her?

Spoilers have suggested for some time that Spencer and Trina would reunite. Will Rory leave if that happens?

B&B Spoilers: Taylor And Ridge Are At It Again