General Hospital Spoilers: Spencer’s Realization, Who Is Framing Him For Ava’s Attack? 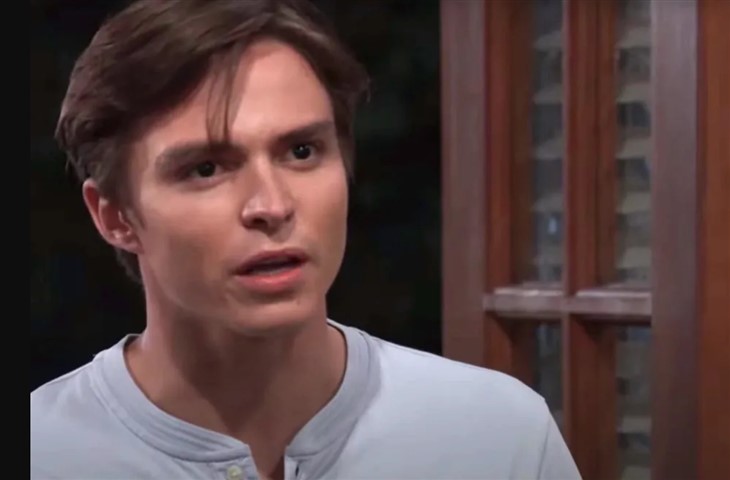 General Hospital spoilers reveal that in a recent interview with Soap Opera Digest, Nikolas Chavez suggests that Spencer Cassadine will believe someone is framing him for Ava Jerome’s (Maura West) attack. Is Spencer being framed if did he attack Ava in a drunken rage?

General Hospital spoilers reveal that Spencer claims to hate Ava but Spencer rushed to Ava’s side to be there for Trina Robinson (Tabyana Ali). Spencer even referred to Ava as family, saying that Cassadine’s stick together. However, everyone knows that Spencer stalked Ava for months before he was discovered. Would anyone believe that Spencer was actually worried about Ava even after her stabbing?

If Spencer was willing to stalk Ava using her young daughter and her dead child as well, is stabbing her any such a huge leap? A drunken Spencer could have given in to his desire to make Ava pay. Ava did just reveal that Nikolas Cassadine (Marcus Coloma) slept with his girlfriend, Esme Prince (Avery Kristen Pohl). Could Spencer have attacked Ava for putting the final nail in the coffin known as his relationship with his father?

General Hospital spoilers Esme may have gone off the parapet and disappeared but that doesn’t mean she isn’t alive and well. Esme hates that Spencer chose Trina over her. Esme could easily be in the background framing Spencer to make him pay for wronging her. Esme believes she has done everything for Spencer and got nothing in return. Could Spencer be onto something about being framed?

However, Esme would almost be more likely to try to pen something else on Trina than on Spencer. Trina just managed to get out from under the sex video charges caused by Esme and her burner phone. Why would Esme frame Spencer when she is obsessed with keeping him close? Would Esme not have made sure Ava was dead as well?

General Hospital Spoilers – Ryan Chamberlain Could Be Out For Revenge

Ryan Chamberlain (Jon Lindstrom) could be setting Spencer up to make him pay for hurting Esme. After all, Esme is Ryan’s daughter, and Spencer as well as Nikolas wronged her. Nikolas also is married to Ava, Ryan’s obsession. Perhaps Ryan has chosen to kill two birds with one stone. Ryan could take Ava from Nikolas and take Spencer from him as well.

Has Spencer become a target much like he made Ava for months? Since Spencer has managed to skirt his original sentence think to Victor Cassadine’s (Charles Shaughnessy) interference, has Ryan decided to make him pay?