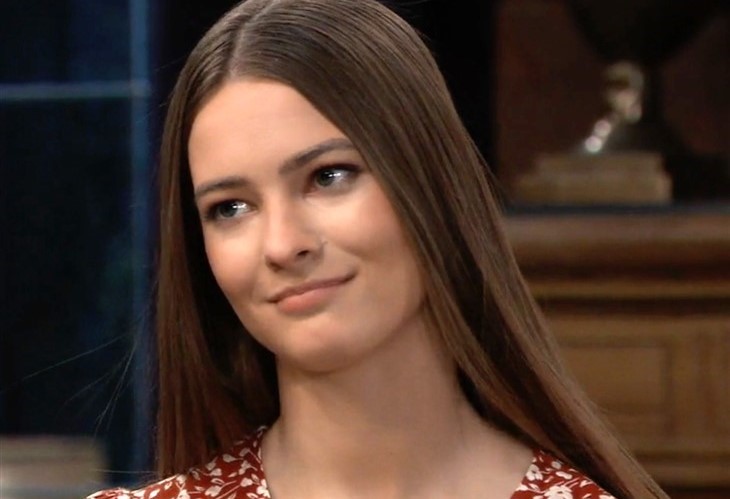 General Hospital viewers will see Josslyn and Cameron making out, and it looks like it could be in the Baldwin house in front of the drafting table Jake Webber (Hudson West) uses to do artwork on.

General Hospital viewers will also recall that Spencer had to get out of Wyndemere Castle in yesterday’s GH, and he headed over to the Jerome Art Gallery to look for Ava Cassadine (Maura West).

But instead he finds Trina, and things get explosive between them as he asks for confirmation that she used him as her alibi for her court case that Esme framed her in!

General Hospital viewers next see Esme telling Nikolas Cassadine (Marcus Coloma) that she doesn’t think, she knows something! This is probably referring to something that his aunt Alexis Davis (Nancy Lee Grahn) and he were talking about in yesterday’s GH that was supposed to be private, and about his relationship with his son, but she eavesdropped!

Meanwhile, fresh from Dante’s shift being over at the Port Charles Police Department, Dante and Sam are having a nice dinner, and he is telling her that you got to make sure the right person is behind you.

General Hospital viewers will remember that Carly Corinthos (Laura Wright) tried to get her to get privileged information about Trina’s case, and wanted to find out if they had anything on Esme. After they finish dinner, Dante may not be so sure that she is the right person to be behind him!

General Hospital viewers will remember that Sasha and Brando got married in the proverbial fever hotter than a pepper sprout, only instead of going to Jackson to get married they went to Niagara Falls!

At Charlie’s Pub, it looks like there may be a little trouble in paradise as an angry looking Sasha leans across the table at her new groom and asks if they only got married because she wanted to!

General Hospital viewers will also see Nina encourage Phyllis to take an offer that Sonny has made her; possibly to let her keep Charlie’s Pub as her very own, which she was thinking about for the past several months.

Nina obviously wants to keep her old friend around as long as possible, and it’s a good opportunity for Phyllis. Plus, Sonny has a favor to ask her which is probably referring to the offer Nina encouraged her to take.