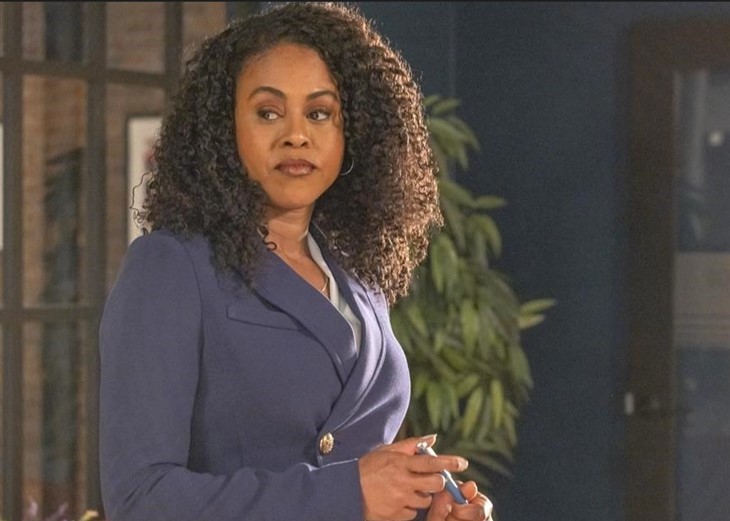 General Hospital (GH) spoilers reveals that Vinessa Antoine (ex-Jordan Ashford) made a strong impact on the loyal GH audience through her portrayal of top cop Jordan Ashford. She left the role to star in Diggstown and she just dropped some news about the show to her fans.

The actress shared on Instagram that the show has ended, sparking speculation about what could be next for the talented and beautiful star.

She posted: “it’s been quite a ride. Thank you to everyone who supported and watched DIGGSTOWN over the last four years! As the first black person to be number one on the call sheet in a dramatic series in Canada, and to make history, I am truly humbled and blessed to have experienced this opportunity.”

Diggstown revolves around Antoine’s character, lawyer Marcie Diggs. It is set in maritime province Nova Scotia. Diggs leaves behind a job as powerful corporate lawyer to toil in a legal aid office taking on the inequities in the Canadian legal system.

To date Antoine has won two Screen Nova Scotia Awards and an ACTRA Award, and been nominated for two Canadian Screen Awards.

GH Spoilers – What Happens Next To Vinessa Antoine?

Floyd Kane is the creator, showrunner, and executive producer of Diggstown. He said: “For four seasons we’ve had the pleasure of bringing Marcie Diggs and the beauty of the communities of Dartmouth, Halifax, Charlottetown, North Preston, and East Preston into homes across Canada.

We’re so grateful to have been able to walk this journey with our incredible cast led by the force, that is, Vinessa Antoine. It’s been a privilege to collaborate with the amazing team of production professionals in Nova Scotia, Ontario, and PEI who brought DIGGSTOWN to life. Your commitment to making DIGGSTOWN its best will always be remembered.”

General Hospital spoilers – What Happens Next On The ABC Show?

Antoine starred as police commissioner Jordan Ashford for four years before leaving to star on the first Canadian drama series to feature a black Canadian woman as its lead character.

Diggstown debuted in 2019 and the fourth and final season premiered on Oct. 12. The series finale airs on Wednesday, Nov. 16.

Brianna Henry replaced Antoine in the role of Jordan Ashford and Tanisha Harper now stars as the PCPD commish.

B&B Spoilers: Ridge Finds Out, Cuts Thomas Out Of His Life

B&B Spoilers: How Will Brooke Prove Her Innocence?