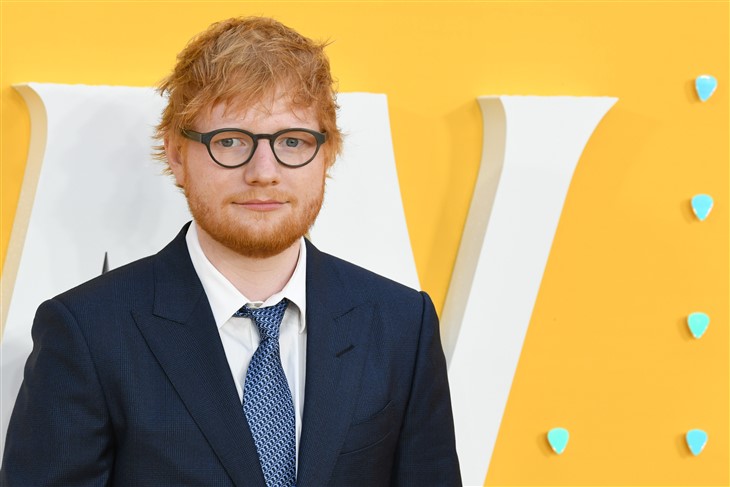 Okay, things are getting hotter by the minute. If you’re not already convinced that the Queen’s Platinum Jubilee celebrations will rock 2022, the announcement of more enticing events and celebrations are sure to make you swoon right into that territory.

Let’s pretend for a second that the Queen’s Superbloom, which saw the planting of millions of flowers, is not enough to make anyone switch into fantasy mode. The Platinum Pageant, which now has Ed Sheeran ready to put on the show of a lifetime, will feature a multitude of events detailing arts and culture through the years. Are you ready?

Thousands of Performers Will Put On the Show of a Lifetime For the Queen’s “Once-in-a-generation” Jubilee
The “Shape of You” singer, 31, is set to perform in the carnival finale of the People’s Pageant along The Mall, London, on June 5.

To celebrate the Queen’s 70 years of dedicated service to the U.K. and the Commonwealth, 10,000 people will stage the spectacle, with an expected one billion people tuning in to watch from across the world.

Even though Ed Sheeran is the big star associated with the show, several other big names will be making an appearance.

Sharing the news of his performance at the massive event, Ed Sheeran wrote that he’s “looking forward” to it. He added: “I’m proud to be part of the celebration and it’s going to be a great opportunity to bring everyone together.”

The Pageant is planned to be unique and inspire a “once-in-a-lifetime” experience in attendees. It’s also being tagged as “made by the people for the people”.

It will be a massive walk-through of the beloved Queen’s reign, as well as showcasing how the society has changed over the last 70 years.

Highlights of the day will include an aerial artist suspended under a vast helium balloon, known as the ionosphere, bearing the Queen’s image.

Though organizers are yet to confirm the rumors, there are speculations that members of the royal family could make an appearance on the Buckingham Palace balcony as the shows are rounding up.

The Platinum Jubilee Pageant is divided into four parts, each of which will tell a story of the Queen’s reign. They are: For Queen and Country, The Time of Our Lives, Let’s Celebrate, and Happy and Glorious.

For Queen and Country will see a 1,750 strong military parade, which will feature personnel from across the Commonwealth.

The third act, Let’s Celebrate, will be more personal and focus on the Queen’s life in 12 chapters, with mentions of her beloved horses and corgis. It is reported that during an homage to the 1953 coronation, a huge wire framed bust of the Queen will appear.

The closing act, Happy and Glorious, will take place in front of the Palace with Ed Sheeran set to take the stage then. The crowd will also sing the National Anthem.

To make it as immersive as possible, members of the viewing public will be invited to become part of the performances as people gather around the Queen Victoria Memorial outside the gates of Buckingham Palace at the end.

David Zolkwer, Show Director of The Queen’s Platinum Jubilee Pageant said: “This is very much a ‘People’s Pageant’ – it’s by and from the people.

“It’s about ordinary people coming together from far and wide to do extraordinary things; real people with delightful, authentic stories to tell; in a performance filled with wonder, warmth, wit and so much humanity.”

“It will be all about how, through the recollections and stories and experiences we share we can see how we are all connected – through time; to each other; and to The Queen.”