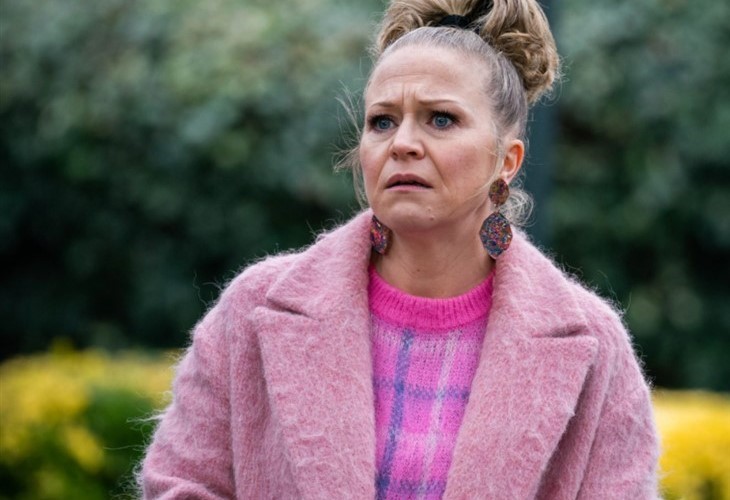 Eastenders spoilers reveal that Linda Carter (Kellie Bright) returns for Tina Carter’s (Luisa Bradshaw-White) funeral. However, there will be a whole lot of drama. Linda crashes the funeral completely, screams at Nancy Carter (Maddy Hill) and throws everything into chaos. Keep reading to find out what to expect when these scenes air next week.

Eastenders spoilers reveal that Tina was murdered over a year ago. Not only did Gray Atkins (Toby-Alexander Smith) kill Tina but is also responsible for the death of his wife, Chantelle Atkins (Jessica Plummer). Neither murder has been solved and fans are hoping that justice is served soon.

According to the Daily Star, Tina’s body is found during the week of February 28. Tina’s loved ones will be heartbroken and devastated. When Tina’s body is recovered, a funeral will be held as everyone will want to pay their respects. It is not clear if Gray is identified as the killer or if he will continue getting away with murder.

Eastenders – What About Gray Atkins

Eastenders spoilers reveal that even if Gray isn’t suspected of killing Tina, he is getting closer to becoming exposed. More people are realizing just how dangerous he is. Gray is also receiving text messages from his dead wife.

Of course, fans know it’s not really the ghost of Chantelle sending those messages. It is Kheerat Panesar (Jaz Deol), who created a fake email account in Chanelle’s name when the police refused to go after Gray.

During recent episodes, Gray figured it out and made a desperate call to Kheerat. The two men arranged a meeting, in which Kheerat thought Gray was going to confess to killing Chantelle. However, they ended up having a vicious showdown as Kheerat walked into a trap. By the end of the episode, Kheerat left Gray lying lifeless on the ground.

Once Tina’s funeral is held, Linda will come back. However, sneak peek photos show Linda clutching a bottle of gin. Then, Linda is seen screaming at Nancy. That isn’t all, though. The photos suggest Linda will discover Mick Carter (Danny Dyer) moving on with Janine Butcher (Charlie Brooks). A source told the Daily Star,

“After Tina’s body is found, her funeral is held and all her loved ones gather to pay their respects. And Linda is at the center of the drama, as always… It’s just what you’d expect from an EastEnders funeral!”

What do you think is going to happen when Tina’s body is found? What will become of Gray and Kheerat? How will Linda’s drunken drama at the funeral affect the other characters?

Y&R Spoilers: Victor Newman Gets The Proof He Needs