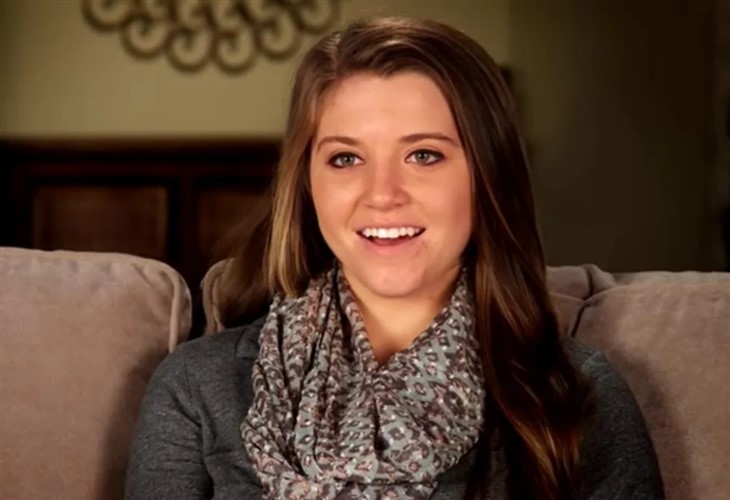 Duggar family news reveals that things with Joy-Anna Forsyth and Anna Duggar could be close to being over. When Josh Duggar was arrested for possession of child pornography, many of the Duggars decided to give Anna the silent treatment. When she needs the most support, it seems that many of Josh’s siblings have cut her off completely. One of them could be Joy-Anna.

Joy-Anna has never been one for drama in her family and tries to keep the peace as best she can. There have been a lot of issues in the family that may have caused Joy-Anna to pull away even more. She has been very quiet on social media and she has been relatively quiet on Instagram since her brother was arrested. She has started to focus more on being a wife and mother. Her fans are very excited when she does post because it is so few and far between these days.

When it comes to her followers and those that Joy-Anna follows, many of her fans noticed that she has stopped following Anna on Instagram. Reddit users pointed this out and they even uploaded a search on her Instagram for “Anna”. Joy-Anna is not following anyone of that name and this would mean that she is done with Anna these days.

One Reddit user pointed out that Austin Forsyth does follow Anna, but Joy-Anna does not. During the trial, Austin and Joy-Anna were present and it was clear that Austin was angry at Josh for what he has done. Many fans think that he is more than likely following Anna just so he can see if there are any other details on his appeal. Another Reddit user wrote, “It’s most likely Austin made an Instagram for the show or Joy-Anna convinced him it would be fun and so she can tag him in stuff. So he created one and followed the family, maybe someone from TLC helped set it up for him. He hardly posts on there and he doesn’t seem like a guy who gives AF about social media and Instagram drama.”

We will have to keep a close eye on Joy-Anna to see if this was the last straw with Anna.