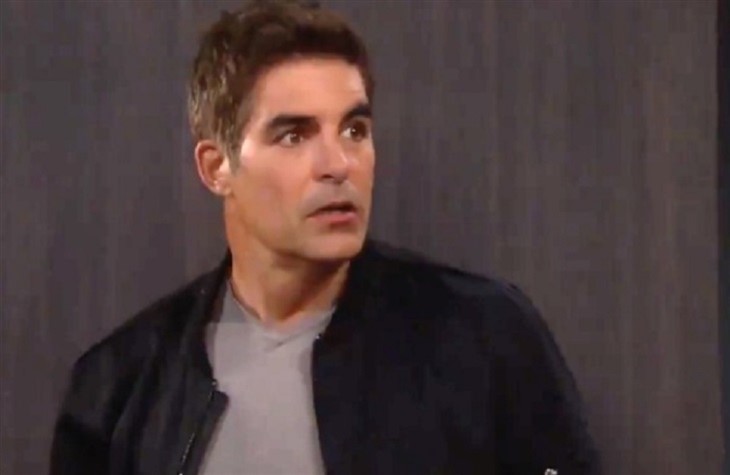 Days of Our Lives spoilers reveal a bitter Rafe trying to clear his life of another failed marriage and romance. Maybe he should have stuck with Ava Vitali — but then again, maybe not.

Days Of Our Lives Spoilers – Rafe Hernandez Should Have Known

Rafe Hernandez (Galen Gering) has a bad habit of picking women who have been in epic love stories and then deciding they should be his wife. Remember Hope Williams Brady (Kristian Alfonso)? He thought he could live up to Bo Brady (Peter Reckell) and we laughed and laughed. Poor foolish Rafe. It even turns out that Bo is alive, but Rafe doesn’t know that yet.

Then there’s Nicole Walker (Arianne Zucker), who has been in love with Eric Brady (Greg Vaughan) for more than 20 years. Why would he think that would ever change? Well, he did and somehow got Nicole to marry him while she had a brain fart. That quick marriage is not over and Rafe is left all alone because Nicole wanted Eric all along, which is not a surprise to anyone except Rafe. (Jada seems nice, Rafe. And she’s pregnant.)

As Rafe tries to spend Thanksgiving forgetting all about Nicole, things don’t work out quite as he planned because Nicole picks that day to stop by and get the rest of her things. When Nicole arrives she remembers that she had promised to bake one of her mom’s famous pies for the big day and she and Rafe do that together.

However, all Rafe wants is to get rid of her and it shows.

“It’s too fresh. He feels betrayed and hurt,” Galen Gering said in the November 28, 2022, issue of Soap Opera Digest. His hurt then prompts him to dump the pie in the garbage and forget about it all. “The pie is a metaphor for the whole thing. It’s like, ‘I’m glad you worked hard on this. I’m just going to throw it away. Just like I worked on our relationship and you just threw it away.”

Well, the relationship was based on a talking Teddy bear, so we’re not quite sure how Rafe thought it would ever last. Stream new episodes of Days of Our Lives weekdays on Peacock starting at 6 AM EST.