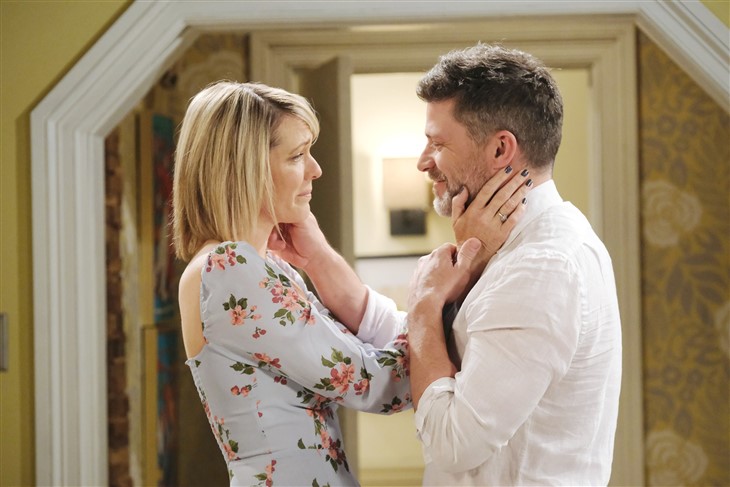 Days of Our Lives spoilers reveal Xander once again getting involved with something nefarious and photography becoming the thing that brings Eric and Nicole closer once again.

Sarah Horton (Linsey Godfrey) is so sure that Xander Cook (Paul Telfer) wants to turn his life around and earn an honest living that she tells Maggie Kiriakis (Suzanne Rogers) just that. She truly believes in her new husband but she should also know who he is at this point and it’s hard for him to turn down an easy buck.

When a wig-clad Ava Vitali (Tamara Braun) catches his attention and tells him if he does a job for her, she’ll make it worth his while, Xander is all ears. Then, he learns that Ava wants him to kidnap Susan Banks (Stacy Haiduk) as part of her revenge plot against EJ DiMera (Daniel Feuerriegel).

Susan already knows that there is danger lurking but she thinks it’s a danger that is going to befall her son EJ and not her. Even EJ tries to convince her that Johnny DiMera (Carson Boatman) is the one who is causing the problems. And, it looks like Xander accepts the offer and goes after Susan right in the DiMera living room. This does not bode well for his marriage to Sarah.

It was photography that brought Eric Brady (Greg Vaughan) and Nicole Walker (Arianne Zucker) together all those years ago in the 1990s when they first met. It’s also photography that keeps bringing them in close proximity with one another now that Nicole is married to Rafe Hernandez (Galen Gering) and Eric is trying to forget about Nicole with Jada Hunter (Elia Cantu).

Alex Kiriakis (Robert Scott Wilson) liked them so much at the last photo shoot they did together that he insists they be the models once again because they are magic. Eric and Nicole agree to it as expected and their chemistry is through the roof once again. How much longer will they cling to this idea that they don’t belong together and try to deny their feelings for one another? Stream new episodes of Days of Our Lives weekdays on Peacock starting at 6 AM EST to see how these stories play out.