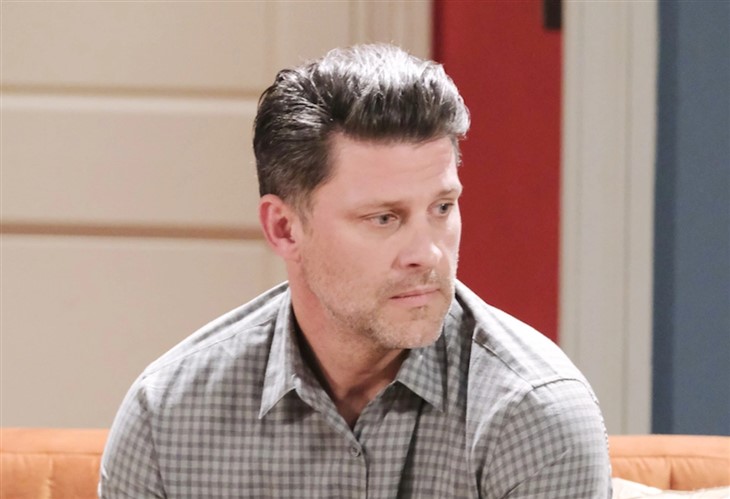 Days of Our Lives (DOOL) spoilers for Friday, April 15, 2022, reveal a shock for Nicole when she walks into Brady’s Pub and sees her ex-husband.

Days Of Our Lives Spoilers – Is Eric Brady Back For Good This Time?

Eric Brady (Greg Vaughan) makes his way back to Salem and seems to have nothing better to do than work for his father and tend bar at The Brady Pub. He apparently doesn’t bother telling Nicole Walker (Arianne Zucker) that he is back because she is shocked to see him there.

Nicole finally got her life together after she and Eric painfully broke up and is happy with Rafe Hernandez (Galen Gering), but with Eric back that could change everything. After all, Rafe became a part of her life when she was a lonely newlywed with her husband trying to save the world in Africa.

But now he is back and that changes things considerably for Nicole. She wasn’t even sure if they broke up for the right reasons and now she is going to have to re-evaluate her life. But, does Eric even want Nicole back?

Gwen Rizczech (Emily O’Brien) finally thinks she has Xander Cook (Paul Telfer) where she wants him and that nothing can stand in the way of them getting married. Yes, Sarah Horton (Linsey Godfrey) knows she is Sarah Horton but she thinks she is a small child, so there is no hope for Xarah at the moment.

However, as Xander prepares to walk down the aisle, Gwen has another secret out there and she needs Abigail DiMera (Marci Miller) and Ava Vitali (Tamara Braun) to keep quiet. Stay tuned to Days of Our Lives weekdays to see how these stories play out.

The Bold And The Beautiful (B&B) Spoilers: Taylor Is Sucked In By Sheila

The Young And The Restless (Y&R) Spoilers: Trouble For Billy And Lily