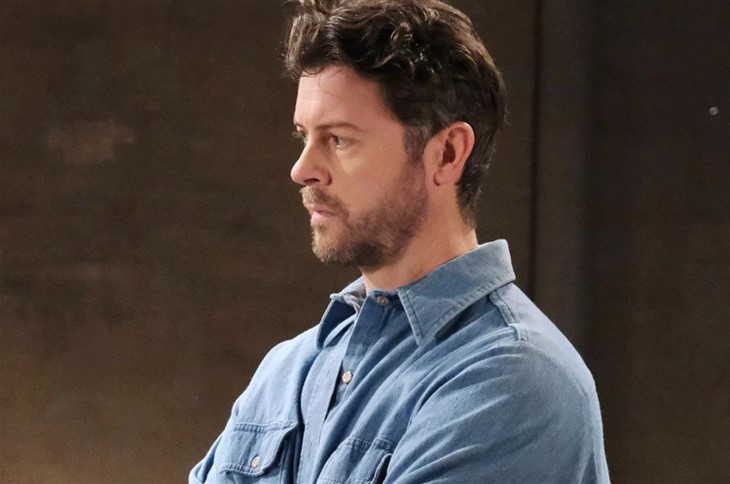 Days of Our Lives spoilers reveal that Sami DiMera (Alison Sweeney) has another return coming up. When she comes back, expect her to be torn between EJ DiMera (Dan Feuerriegel) and Lucas Horton (Bryan Dattilo). However, there is a chance that Sami could dump them both in favor of someone else. Who could this person be and will the relationship last?

DOOL spoilers reveal that Sami is expected to make another return. Now that EJ is out of prison, he is focused on getting his life back. After Johnny DiMera (Carson Boatman) is freed from his crypt-o-prison and Allie Horton (Lindsay Arnold) gets an exorcism, Sami will return. A teaser video released a few months ago confirms Sami will be torn between EJ and Lucas.

Right now, Sami has no clue that EJ was framed by Lucas. Sami is also unaware that the person who held her hostage was none other than her savior. Even though Sami will find this out at some point, by the time it happens, she could already be in love.

So, it will be difficult for Sami to make a decision about dumping Lucas. After all, Lucas will likely use the devil as an excuse for his bad behavior.

Days of Our Lives spoilers reveal that it’s assumed Sami will pick either EJ or Lucas. What if there is a romantic twist, though? Could there be an unexpected third option for Sami? Love triangles are the cornerstone of soap storylines. At the same time, fans don’t want to see the same love triangles repeatedly. Instead of putting Sami with EJ or Lucas, how about someone else?

Speaking to Soap Opera Digest, actor Galen Gering (Rafe Hernandez) made an interesting statement. Gering was asked about the identity of Rafe’s true love. The actor said it was Sami and explained the reasons.

“Sami was his first experience in Salem. Looking back, they had the biggest connection, and she was probably the deepest of his relationships. It offered Rafe things he really wanted in life with children. This is a guy who’s always wanted kids but has never had any. He was able to raise Sami’s kids and was deeply connected to them. He still is to this day.”

Rafe is currently involved with Nicole Walker (Arianne Zucker). However, Nicole will probably get back together with Eric Brady (Greg Vaughan). Knowing Sami, she always has to beat her rivals. Nicole and Sami got into it over EJ, so it would only make sense for Sami to stick it to her by reclaiming Rafe’s heart.

What do you think? Did Galen just foreshadow the future of Sami and Rafe? Will EJ and Lucas both lose? What happens when Nicole inevitably gets back together with Eric?