DOOL Spoilers: Ava’s Crazy Is Back As She Stalks E.J 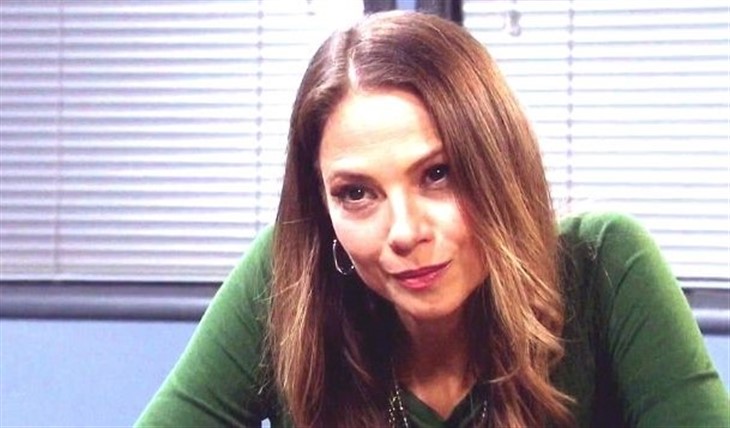 Days of Our Lives spoilers indicate that Ava Vitali (Tamara Braun) has been stripped of her Dimera shares. Ava has lost her position at Dimera. Ava has lost Jake Dimera (Brandon Barash). Now, under pressure from E.J. Dimera (Dan Feuerriegel), Ava seems to be losing her mind.

Days Of Our Lives spoilers reveal that Ava wants revenge on E.J. for everything he has done including trying to say she was crazy. Unfortunately, now it seems that Ava’s mental illness may have returned due to the stress E.J. has already caused. Perhaps Gwen Rizczech (Emily O’Brien) refuses to help as well because it seems that Ava will begin stalking E.J.

Is Ava trying to make E.J. feel like he is losing his mind as well? After all, E.J. has done some pretty underhanded things. Could Ava try to make it look like Abby Dimera (Marci Miller) is haunting E.J. because he is the reason Clyde Weston (James Read) killed her? After all, Abby and Ben Weston’s (Robert Scott Wilson) relationship was only part of it. Clyde admitted that he did it because of E.J. as well.

Ava is also seen in a blonde wig talking to Xander Cook (Paul Telfer) who also has a vendetta against E.J. Will Xander join Ava in trying to stick it to E.J. for everything he has done to her? Will Ava even promise to get Xander money for doing this as well? After all, E.J. took Xander’s money that Sami Brady (Alison Sweeney paid. Xander ended up broke for a time after that.

Xander has no job prospects currently either unless Jack Deveraux (Matthew Ashford) comes through. Will Xander help Ava or will he turn her down because of Sarah Cook (Linsey Godfrey)? Sarah does have issues with her husband’s criminal side. What will Xander choose? How does Ava end up in a car chase with E.J.?

It seems that Ava will be involved in an explosion and presumed dead after this chase ensues. Will Ava leave evidence behind that E.J. was chasing her and causing the crash? Could E.J. be charged with murder for running Ava off the road? Ava could get the ultimate revenge by sending E.J. back to prison by faking her death. Will E.J. go down for his actions?

Ava’s plan could also backfire and she could die in this crash. However, is anybody ever really dead in Salem? Will Ava return from the dead once again?