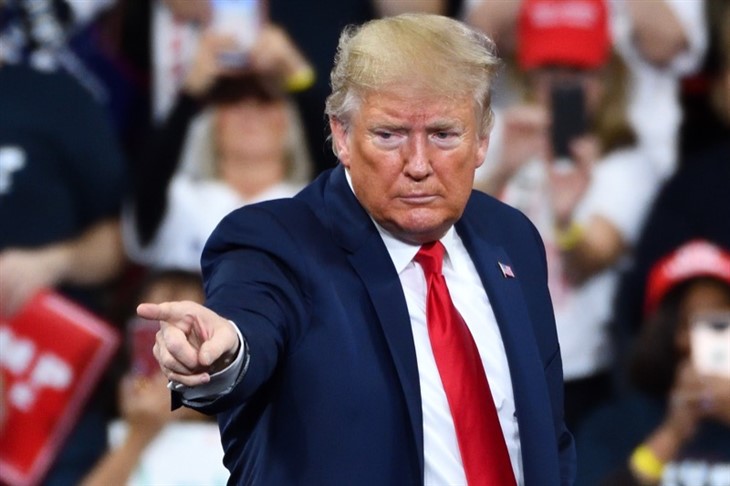 Donald Trump’s world exclusive interview, which aired on Monday April 29th, saw the former American president talk about his experience meeting Prince Philip, the Queen’s husband of 73 years who passed away last April at the age of 99.

Mr. Trump continued, hailing Prince Philip as a “tough cookie”. He also recalled meeting Prince Philip when the late royal came “to New York, and we were in the Plaza Hotel. And there were many people wanting to meet him.”

“And we were all taking a picture with him. Many people and the photographers said, I’ll never forget this. He was tough.

The photographer said, please move back there were like 30 of us.

“And he said, ‘No, you move back’. And that was simple. I said, that’s pretty good. You know, this guy’s tough.

“The photographer said, please move back there were like 30 of us. And he said, ‘No, you move back’. And that was simple. I said, that’s pretty good. You know, this guy’s tough.

“I think they had a great relationship. But he was a strong guy and never forget a little moment, right? And he just said, ‘No, you move back’. And he didn’t say it in a nice way. Because the photographer was pushing everybody around a little bit foolishly.”

Speaking on Harry’s supposed snub to the Queen when he missed her late husband’s memorial service, Trump said: “But I thought it was terrible when Harry didn’t go to the memorial of Prince Philip. Yeah, I think the Harry situation is going to unfold in a much different way.”

When asked whether he would advise removing the controversial couple’s titles, the 75-year-old agreed that he would. “The only thing I disagree with the Queen on probably one of the only things ever is that I think she should have said, if that’s your choice, fine.

“But you no longer have titles, you know, and frankly, don’t come around where you’re just, because her loyalty is to the country. She said that many times.”

He went on to talk about his love for the U.K. and how he owns properties in “beautiful” Scotland.