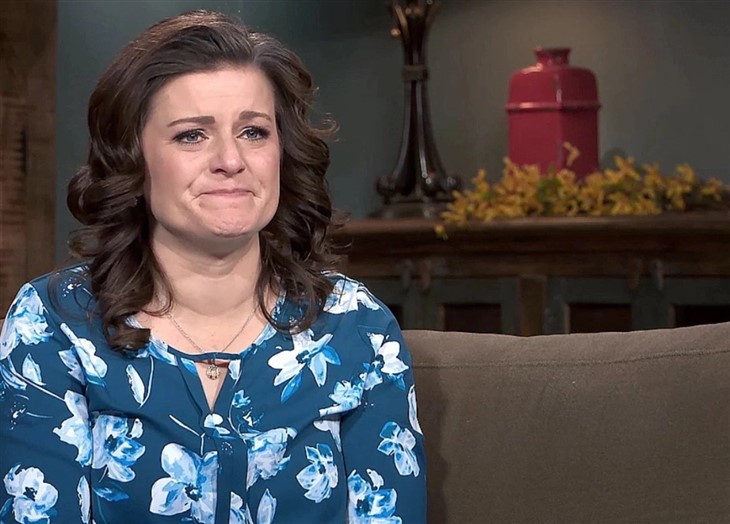 Sister Wives fans know that Kody and Meri were at a party when they met Robyn Brown. Actually, fans saw the divorce between Kody and his first wife play out to accommodate Robyn. Meri, all about family, stepped aside and these days, she’s like a nothing-burger in Kody’s life. But did Robyn just reveal that she used Meri to get what she wanted in life?

Right from the first trailer for season 17 of the show, fans saw that Robyn seemed to encourage Meri to stick by her and help them save their family. With Christine leaving the family, Meri seemed the most upset, with Robyn close behind her. Meanwhile, Kody suddenly decided he wanted Christine to stick around and marry another guy to bring into the family. Additionally, he suddenly got all fatherly and exaggerated why Truely need to stay under his custody.

Sister Wives fans know from the tell-all for season 16, that neither Christine nor Janelle really got along with Robyn. Well, Robyn and Meri seem shocked and sad that Christine left. But, Janelle was quite supportive of Christine. In fact, she might also leave Kody. In a new clip, Robyn chatted with Meri and said that she would totally understand if Meri left as well. That came after TLC fans heard that Kody said he wouldn’t complain if she did.

TLC fans always believed that Robyn wanted to be the only wife in Kody’s life. So they think that she had manipulated the relationships from behind the scenes. What is interesting, is that she commended Meri for sticking around like a third wheel. But then, in her confessional, she admitted that she didn’t choose Kody because she fell in love with him, but for what he could provide for her kids. Remember, when they first got together, Meri seemed all into the idea of the fourth wife in the family. Actually, fans got the impression that she encouraged Kody to date Robyn.

Sister Wives fans saw that Robyn admitted that she didn’t “care so much for the romantic side of a relationship.” She really only cared that her husband might be a good man.: And, she admitted that she cared the most about “what [she] was going to give to [her children.]” So now, Katie Joy of Without A Crystal Ball wonders about that. Bear in mind, Robyn was all about Meri being around after the divorce. But now, she thinks it’s fine for Meri to go. Might she have used that initial friendship just to get her dream of being the only wife in Kody’s life?

On YouTube, Sister Wives fans discussed Robyn Brown. Kim Komar opined, “Her “ownership” over Kody started the minute Meri consented to giving Kody a divorce so he could adopt Robyn’s kids. She not only didn’t have to work but she’s got a nanny.”

Meanwhile, Asia Holloway said, “Robyn is a true actress she could care less who stays and who goes, she has always been in it for herself. she came to the cult with three kids for gods sake. it was no way she was a believer. she saw her prey and went for it.”

This comment arrived from  Ms. Brightside: “Meri served her purpose. Her last useful contribution was her connecting him to Robyn. And he needed Meri to convince the other 2 wives…”

What are your thoughts? Do you think Robyn Brown used Meri and now she could end up being the only wife, she no longer needs her around? Sound off in the comments below.

Be sure to catch up on everything happening with the TLC show right now. Come back here often for Sister Wives spoilers, news, and updates.

B&B Spoilers: Sheila’s Gets Her Own Spooky Episode, Lauren Returns