Days Of Our Lives Spoilers: Will Angel Bo Show Up To Send Kayla Back Alive? 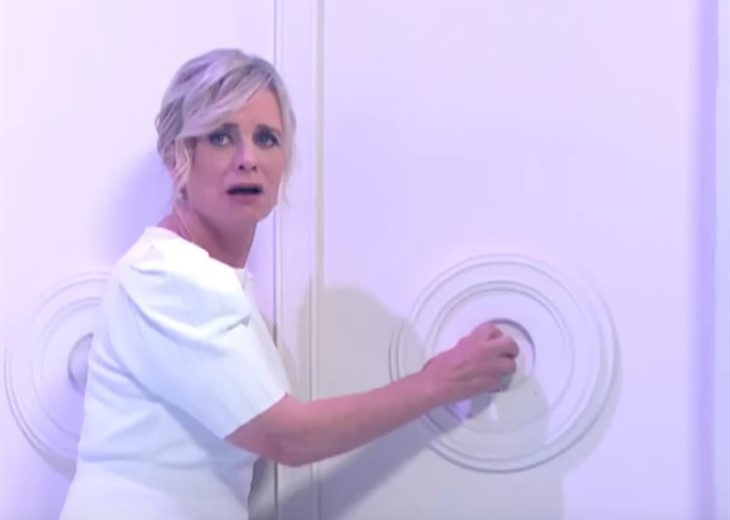 Days of Our Lives spoilers and updates tease that Kayla Johnson (Mary Beth Evans) will have a brush with death from the unknown toxin Orpheus (George DelHoyo) stole. It came from Dr. Wilhelm Rolf’s (Richard Wharton) lab and even he was horrified; Rex Brady (Kyle Lowder) tries to save her but it’s too late.

Days Of Our Lives Spoilers – She Dies With Family Around Her

In the Days of Our Lives fall preview, the effects of the serum stolen from Rolf’s lab are taking full effect as Kayla, Marlena Evans (Deidre Hall) and Kate Roberts (Lauren Koslow) cling to life. But Kayla seems to be the most deathly ill, with Marlena running a close second; Rex, who worked with Rolf determines the women are ill from a rare toxin. He tries to synthesize an antidote from a rare orchid, but for Kayla, the cure comes too late; with Rex and her family around her, she says goodbye.

Tripp Johnson, (Lucas Adams) who is also by her bedside, was saved and brought back to life by Bo Brady (Peter Reckell) as an angel. Steve Johnson (Stephen Nichols) saw it happen, as did Kayla; no doubt he wonders where Angel Bo is now and why he didn’t show up.

There have been several times previously when people in Salem reached heaven’s doors but were sent back by loved ones; Tripp was the only one Bo came to earth for to heal. He did show up to rescue his baby grandson from Satan, however. Will Horton (Chandler Massey) was near death and arrived in heaven a few years ago but his grandmother Caroline Brady (Peggy McKay) who’d just died sent him back. Marlena, too was in a near-death experience where both Andre and Tony DiMera (Thaao Penghlis) had shown up, before Kristen DiMera (Stacy Haiduk) brought Tony to Salem alive. As for Kayla, she arrives at a set of white doors and begins to turn the doorknob when she’s interrupted; she turns to see a figure behind her.

Days Of Our Lives Spoilers – It’s Really You

Kayla looks and says, “Bo, it’s really you” and it looks like instead of coming to earth this time to resurrect Kayla, he sends her back because it’s not her time. As for Kate and Marlena, Marlena couldn’t breathe and Kate looked pretty rough, like the fight was going out of her. Perhaps the antidote from the rare orchid will work on Marlena and Kate.

But as for Kayla, it looks like Bo sends her back home. She’ll certainly be needed to help Rex save Marlena and Kate.