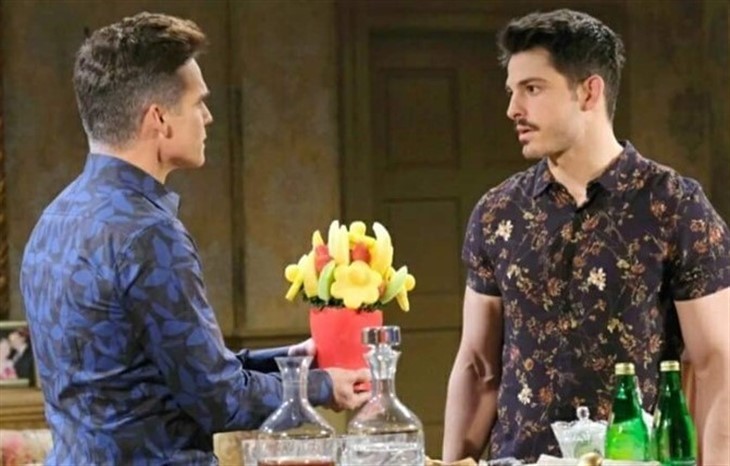 Days of Our Lives spoilers reveal that Sonny Kiriakis (Zach Tinker) got examined at the hospital after realizing he was drugged. Leo Stark (Greg Rikaart) has drugged people before, so he probably used something that’s undetectable. That would explain Sonny’s explosive rage during the week of June 6. It also explains why Leo remains so calm during the confrontation.

DOOL spoilers reveal that Craig Wesley (Kevin Spirtas) found out the truth about Leo. Even though Leo did love Craig, the doctor just couldn’t trust the con artist anymore. Now Leo has a broken heart and is determined to make those responsible pay the price.

Last week, Leo targeted Sonny by drugging him, then having photos taken of the two in bed together. Sonny had no idea what happened the night before until he remembered Leo being there. It was right after Leo’s unwelcome visit that Sonny passed out.

Then, Will showed up to question Sonny about the scandalous photos that were published in a tabloid. Will urged Sonny to file a police report, which was taken by Rafe Hernandez (Galen Gering). Then, Sonny went to the hospital to be examined by Kayla Johnson (Mary Beth Evans).

Days of Our Lives spoilers reveal that during the week of June 6, Sonny will confront Leo. Speaking to Soap Opera Digest about the upcoming scene, Rikaart shared that Sonny threatens Leo. While Leo stands calmly and patiently listening, Sonny vents his explosive rage. Then, Sonny threatens Leo.

Sonny’s rageful confrontation and threat, along with Leo’s calm demeanor suggest the blood tests are inconclusive. Without any evidence or a confession, Rafe can’t make an arrest.

Rikaart added that Leo enjoys taunting Sonny. However, he doesn’t spend much time continuing to go after Sonny. The actor says that Leo has more important things to do. One of them is to get payback on his next target… Abigail DiMera.

Fans can expect Leo – who has nowhere to stay with Craig gone – to sneak into the DiMera mansion. Gwen Rizczech (Emily O’Brien) told Leo about a secret room in the tunnels. That is where Leo stays until he is caught by Thomas DiMera (Cary Christopher).

What happens next will send shockwaves through Salem. However, is Leo really guilty of murder? Fans will have to keep watching the NBC soap to find out.

Days Of Our Lives Spoilers: Peter Reckell Says He Might Return As Bo Again