Days Of Our Lives Spoilers: Shawn Is Devastated By The Baby Daddy Truth 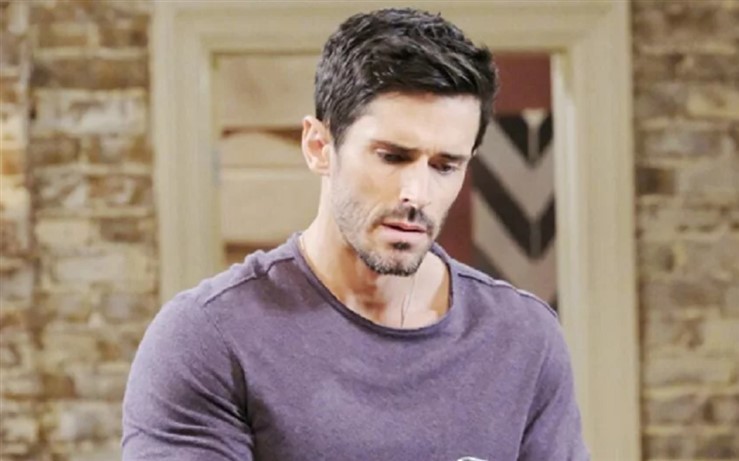 Days of Our Lives spoilers reveal Shawn learning all about how this baby he thought was his really came to be.

It’s bad enough to think that a baby was conceived because Satan tricked you into thinking a sociopathic woman was really your wife so you slept with her. It’s even worse when you become attached to that baby as your own and learn that he really belongs to someone else.

Yes, the DNA tests are in and Shawn Brady (Brandon Beemer) learns that his night with Jan Spears (Heather Lindell) didn’t result in Shawn Christian after all. No, the baby daddy is really Evan Frears (Brock Kelly), the murderous son of Orpheus (George Del Hoyo).

Shawn still wants to keep the baby away from this man, but Belle Black Brady (Martha Madison) informs him that he has no legal recourse. Evan has been pardoned and has rights to his own son. His other son, David, was taken from him and now lives with his sister, but he is not about to give this child up.

“Shawn doesn’t think that Evan is a fit father. He’s a convict and a murderer,” Brandon Beemer said in the August 9, 2022, issue of Soap Opera Digest. “He thinks that he would be a better father to his child as he [already] has been. He never thought it was going to turn out like this.”

Well, Evan’s only problem here is Jan herself. She is back for a final showdown with Evan and it won’t be pretty Will Orpheus get involved? If that happens, Jan may be in more trouble than she thinks. She also might end up in a coma again as that is what keeps happening to Jan. Or, she could end up back behind bars because she never got a pardon. His only problem is Jan herself.

Anything can happen when Jan Spears is involved and all Shawn and Belle can think about are the baby and whether he will be ok with his nutty parents and even nuttier grandfather. Will Shawn and Belle end up raising this baby anyway? Stay tuned to Days of Our Lives weekdays to see how this story plays out.