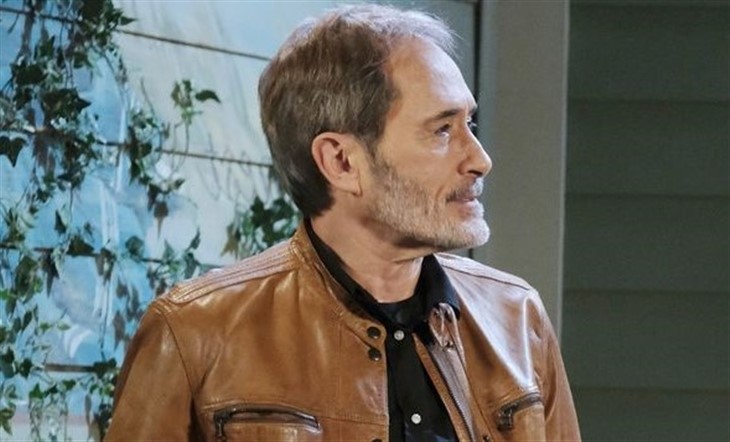 Days of Our Lives spoilers reveal that Steve Johnson (Stephen Nichols) is convinced that Stephanie Johnson (Abigail Klein) is in danger. This is the thought that Orpheus (George DelHoyo) put in Steve’s mind. However, it is a diversion so Steve will focus on Stephanie instead of the real targets. Keep reading to get all the details on this storyline.

DOOL spoilers reveal that Stephanie has returned to Salem. When the alarm went off at the Johnson home, Steve went to check it out. However, it was no intruder or any kind of threat. Instead, Steve pointed his gun at his own daughter.

Even though Steve and Kayla Johnson (Mary Beth Evans) were excited to see Stephanie, it is bittersweet. Steve is concerned that Stephanie is at risk by being in Salem.

Speaking to Soap Opera Digest, DelHoyo explained that Orpheus isn’t actually after Stephanie. However, the villain is using Steve’s daughter to accomplish a goal.

“Orpheus has planted the bug in Steve’s head that he’s after his kids. If he can’t get him, he’s going to go after his kids, and it drives Steve crazy. He’s the ultimate manipulator of people, of what they perceive, of what they think. He’s always playing an elaborate head game, and Steve has got Orpheus on his brain.”

Days of Our Lives spoilers for the week of August 22 reveal that Stephanie has a work meeting to attend. Convinced that Orpheus is after Stephanie, Steve and John Black (Drake Hogestyn) insist on following her.

However, while Steve and John are focused on Stephanie, Orpheus takes action against the real targets. Those targets are Kayla and Marlena Evans (Deidre Hall).

“There’s something interesting about the room they’re in and where he finds them together. Orpheus tells them, ‘We’re going to do something different, something we haven’t done before… but not in this dreary place.”

After Steve and John get back, they make a horrifying discovery. Kayla and Marlena have been kidnapped. Even though the note doesn’t have Orpheus’ name, Steve and John know that he is responsible.

Now Steve and John have to play a dangerous game and follow clues to find Orpheus. What does Orpheus want this time? Can Kayla and Marlena be saved before it’s too late?

What do you think is going to happen with Marlena and Kayla? Can Steve and John find the women they love before it’s too late? Share your thoughts and remember to keep watching the NBC soap to see what happens next.