Days Of Our Lives Spoilers: Gabi’s Heart Is Broken All Over Again 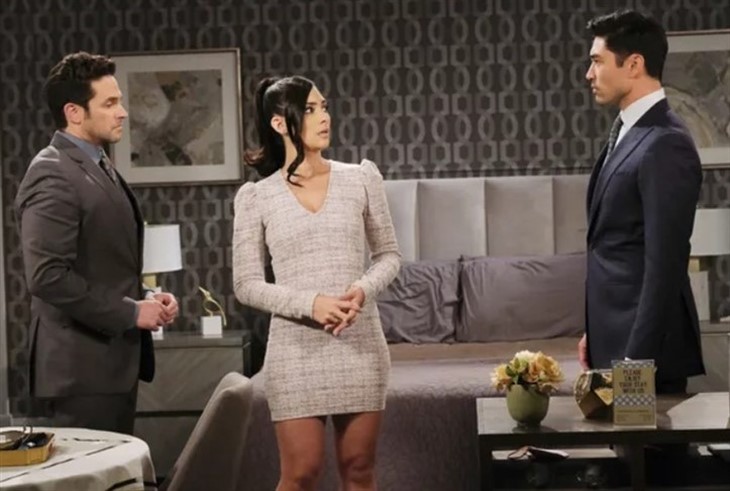 Days of Our Lives (DOOL) spoilers for Thursday, November 17, 2022, reveal Gabi getting some bad news she never expected.

Days Of Our Lives Spoilers – Stefan Diera Is Doing What???

It’s one thing for Stefan O. DiMera (Brandon Barash) to outright reject Gabi Hernandez (Camilla Banus) the second he returned from the dead and then take over her company, but it’s another thing to find out just how seriously he has moved on.

She couldn’t believe it when she found Stefan sitting in her chair ready to run Gabi Chic without her having any say at all. She built that company from the ground and deserves to still run it and be a part of its success.

But being ousted from Gabi Chic is nothing compared to learning that Stefan and Chloe Lane are seriously dating again. It may be a gut punch to Gabi, but it also doesn’t make sense.

Stefan was long over Chloe by the time they married and hadn’t given her a second thought once Gabi and Stefan decided they were in love. Even Gabi doesn’t seem to want to be with Stefan, so what gives here? If we know Gabi, she will do anything to get to the bottom of it.

Johnny DiMera (Carson Boatman) and Wendy Shin (Victoria Grace) are also trying to get to the bottom of what is going on with Stefan and know Dr. Wilhelm Rolf (Richard Wharton) has to hold all the answers. That’s why they are in Jakarta and already in trouble. Well, at least Wendy is in trouble as she finds herself alone and in danger right off the bat. Will Johnny figure out what is going on quickly and be able to rescue her?

Back in Salem, Li Shin (Remington Hoffman) is shocked to learn that Wendy has left town — with Johnny, no less. He fears she may be onto his and Rolf’s scheme with Stefan and if she finds out what really happened, it can ruin all of his plans with Gabi. What will he do to stop his sister from learning the truth? Perhaps he needs EJ DiMera (Daniel Feuerriegel) to rein his son in. Stream Days of Our Lives weekdays on Peacock by 6 am EST to see how these stories play out.

Y&R Spoilers: Adam And Nick Have It Out