Days Of Our Lives Spoilers: Allie And Johnny Are Divided Over Lucas – Twins Separated Forever? 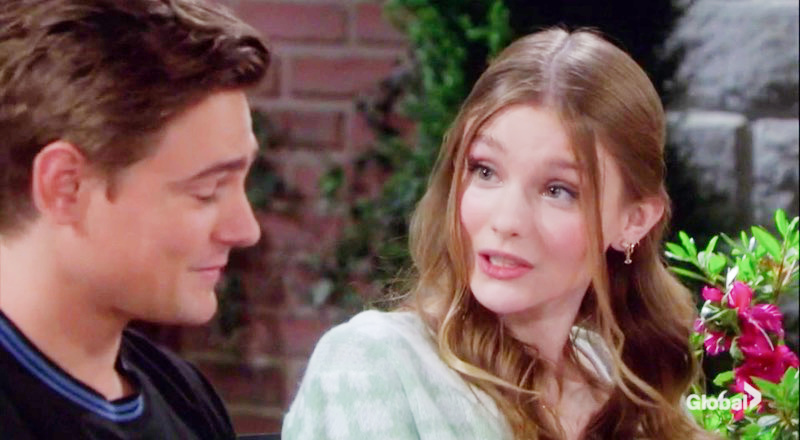 Days of Our Lives spoilers tease that Johnny DiMera (Carson Boatman) and Allie Horton (Lindsay Arnold) are twins even though they share different fathers. The two of them aren’t really all that different from one another, right down to their interest in women. But their one difference is quite pronounced. While Johnny was fathered by EJ DiMera (Dan Feuerriegel), Allie’s father is Lucas Horton (Bryan Dattilo). And in the coming days, that might be the one thing that separates these two twins for good.

The twins’ mother, Sami Brady (Allison Sweeney) was kidnapped last year and was missing for many months. When she was apparently rescued by Lucas, it looked like EJ was the person responsible for the kidnapping. But the truth was far more complicated. Lucas engineered Sami’s abducted and framed EJ with the help of Kate Roberts (Lauren Koslow) and Chad DiMera (Billy Flynn). EJ went to prison for a while but was eventually exonerated!

Lucas flipped out when he discovered that Abigail DiMera (Marci Miller) knew Lucas kidnapped Sami. Abigail promised to keep quiet but Lucas was still paranoid. He got blackout drunk and can’t remember anything else that happened that night. Unfortunately, Abigail was murdered that night, leaving Lucas as a prime suspect. Chad stopped Lucas from once again marrying Sami and revealed the truth. Lucas was arrested, leaving both Allie and Johnny on opposite sides.

Days of Our Lives Spoilers – Allie Horton and Johnny DiMera may be forced to choose sides!

First and foremost, both Allie and Johnny will be horrified for their shared mother. They both love Sami very much. But while Johnny will want the book thrown at Lucas, Allie will be just as concerned about her father. He did a terrible thing, but he’s still Allie’s father. And he may have kidnapped Sami, Allie will never believe that Lucas could have killed Abigail. Look for this to come between the twins even as they compete for Chanel DuPris’ (Raven Bowens) affection.

Did Lucas kill Abigail? Will Johnny ever forgive Lucas? Will Allie stand by her father? Anything can happen in Salem so stay tuned to Days of Our Lives airing weekdays on NBC. And don’t forget to check back right here regularly for all your Days of Our Lives news, information, and spoilers!