Days Of Our Lives Made A Mistake With Abigail’s Death 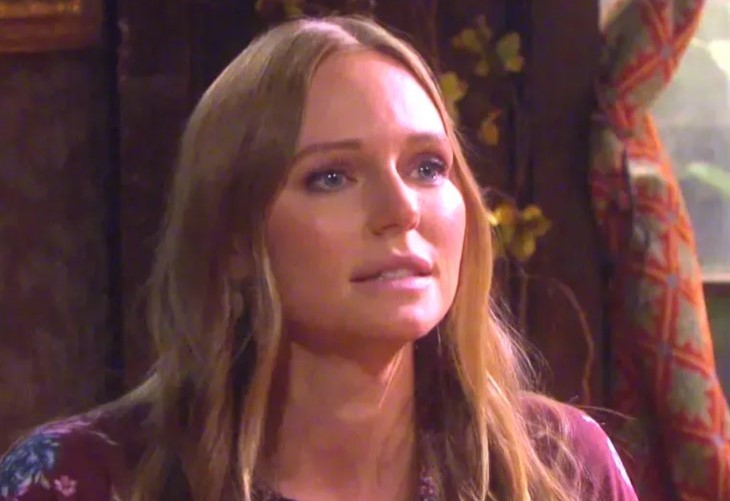 Days of Our Lives spoilers reveal weeks and months of shock and grief in Salem and beyond as your favorite characters deal with the death of Abigail DiMera.

Days of Our Lives Spoilers – Why Kill A Legacy Character?

DOOL Head Writer Ron Carlivati felt he had to kill off Abigail because he couldn’t tell a complete story for her with the actresses who have played the role not wanting to commit to a long-term contract. He also didn’t want to recast the role and take the chance that a new actress wouldn’t work out. But, sometimes you have to take that chance with a legacy character. Too bad DAYS didn’t.

Yes, we can see how it can annoy a writing team when you have a popular character in a popular pairing and both Emmy-winning actresses — Marci Miller and Kate Manso — who have alternated the role just don’t want to work full-time on a soap for whatever reason. But killing the character can seem like lazy writing. It’s true we ow have a murder mystery that will keep viewers trying to guess who killed Abby, but Abby never should have been killed to begin with.

It was bad enough on Friday when we got an entire episode of anvils as DAYS tried to illustrate for us how happy Chad DiMera (Billy Flynn) and Abigail Dimera finally are with their two adorable kids, Thomas and Charlotte. They even attempted to make another baby before Chad found her bloodied body in bed and fans knew it was over. But it wasn’t.

On Monday, we learned that Abby wasn’t dead just yet. In fact, she was still conscious and could talk to Chad, telling him to make sure their kids were ok. That just made things worse for Chad and worse for the audience as the death was drawn out past the weekend.

At least we got to see Billy Flynn‘s heartbreaking performance as he realized his wife was dead and Kayla Johnson (Mary Beth Evans) told him that even Dr. Wilhelm Rolf (Will Utay) couldn’t bring her back. Chad then said goodbye to his wife’s dead body and we remembered other characters saying goodbye to dead bodies that turned out to be alive. Like, um, EJ DiMera (Daniel Feuerriegel), who was right there by Chad’s side. So, Abby may or may not be dead, and although there are many characters who should stay dead on this show, Abigail DiMera is not one of them. Stay tuned to Days of Our Lives weekdays to see how this story plays out.

Sister Wives Spoilers: What Trait Did Christine Find Missing In Her Sister Wives?