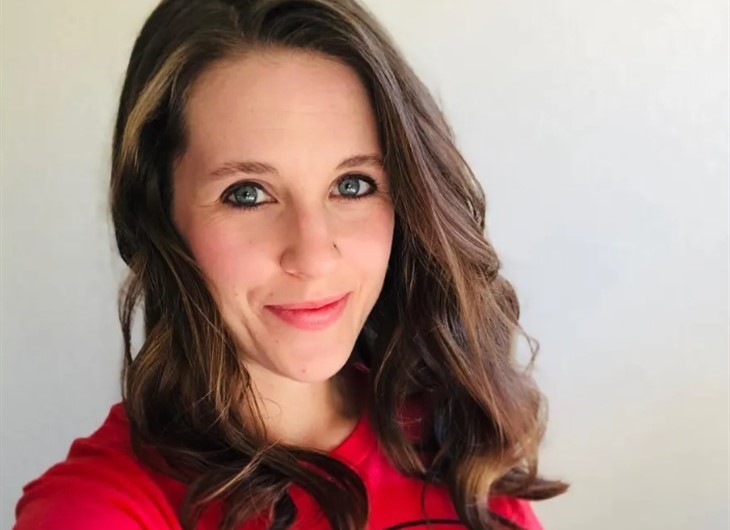 Counting On spoilers revealed that Jill Dillard went into hospital just six weeks after the C-Section that heralded the arrival of baby Frederick. Actually, she was in a lot of pain and ended up requiring surgery. So, she opened up about it and gave her TLC fans some advice and tips about her condition.

When Frederick Dillard arrived, he came a bit early and he was birthed via C-section. Actually, she returned to the hospital for another surgery around about his real due date. While her new baby thrives, JIll also did well until something went wrong with her. So, she went back to consult with her doctor. However, it didn’t relate to the birth or her postpartum healing. So, what went wrong?

Counting On fans still love Jill and Derick Dillard very much, so a lot of people reacted when the news arrived via Instagram on August 21. Actually, they already fell in love with the new baby. And, they already loved watching big brother Israel and Samuel grow up. So, they seemed very sympathetic to the mom with her newborn.

Jill Dillard took to her Instagram and shared a photo of herself wrapped in a blanket and explained what went wrong. In her post, she explained that she felt that her postpartum was going well. However, she “ended up with a horrible bout of pain earlier this week.” So, she landed up needing a new surgery.  She told her TLC fans that it “culminated yesterday in having to have gallbladder surgery!😩.”

Elaborating, Derick’s wife told her Counting On followers, “⏰I wasn’t excited about having to start my healing time clock over again, but I am so thankful for good medical care & so many other little blessings along the way.” Additionally, she got some “help from  family and friends.” But. there’s  a  plus side to the discomfort. She talked about the “relief now and thought of hopefully never having to deal with another bad gallbladder attack again!!”

Counting On – Jill Duggard Gives Some Tips And A Disclaimer

The Counting On mom was careful to tell her fans that the tips she gave were not a cure or a diagnosis. But, Jill Dillard mentioned some of the things that she experienced. These included “gas, bloating, nausea.” Actually, there were some other rather vague symptoms, but as she explained, they could point to something else going wrong.

Like JIll, folks should consult a doctor if they suspect that they might have a gallstone problem. And, her doctor mentioned that it needn’t wait until they experience pain to check it out. According to WebMD, “Gallstones are pieces of solid material that form in your gallbladder, a small organ under your liver”

If they cause a painful blockage, it’s wise to see a doctor. A blocked bile duct might cause “pain that needs treatment right away.”

Be sure to catch up on everything happening with the former TLC cast right now. Come back here often for The Duggars spoilers, news, and updates.