B&B Spoilers: Taylor Has To Diffuse A Crazy Sheila 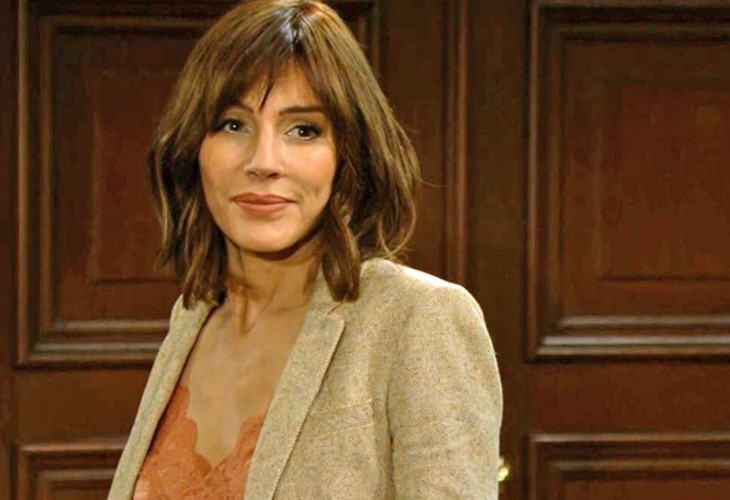 The Bold and the Beautiful (B&B) spoilers for Friday, April 8, 2022, reveal Sheila and Li in an intense fight that can go either way. And Taylor has to step in and calm these two women down.

The Bold And The Beautiful Spoilers – Psycho Sheila Carter Doubles Down

Everything keeps getting worse for Sheila Carter (Kimberlin Brown). She had to keep Steffy Forrester from telling everyone what she did to Brooke Logan Forrester (Katherine Kelly Lang) on New Year’s Eve, but she surely did not expect that Finn would walk into the path of her bullet.

That wasn’t the plan at all. Now, she is standing there having to face the woman who raised Finn while not letting onto the fact that she killed him. She has to put on the grieving mother routine and not slip up at all.

However, it’s Taylor Hayes (Krista Allen) who is forced to step in and end this fight before it gets too ugly. Li Finnegan (Naomi Matsuda) is grieving, but Sheila is nuts and can and will do anything if given the chance. Thank goodness that Taylor doesn’t know this. Or at least thank goodness for Sheila because this woman still wants to be her friend. Perhaps Taylor might want to give up her psychiatry license when this is all over and she learns the truth.

B&B Spoilers – Ridge Forrester Is Beside Himself

As Li and Sheila have it out with Taylor in the middle trying to keep everyone calm, poor Steffy Forrester Finnegan (Jacqueline MacInnes Wood) still lingers in a coma while her husband lays dead and she doesn’t even know it. And poor Ridge Forrester (Thorsten Kaye) doesn’t know what to do. He can’t lose another daughter after what happened to Phoebe and that is why he refuses to leave Steffy’s side. She needs her dad there.

Steffy is laying there almost lifeless after taking that bullet and all Ridge can do is keep talking to her and beg her to wake up. After all, she has two children to care for and so much to live for, even if she did lose her husband to his lunatic mother. Stay tuned to The Bold and the Beautiful weekdays to see how these stories play out.

Days Of Our Lives Spoilers: Will Belle And Shawn Survive Jan Spears?