B&B Spoilers: Steffy Expects Liam To Sleep With Her, Will He Give In? 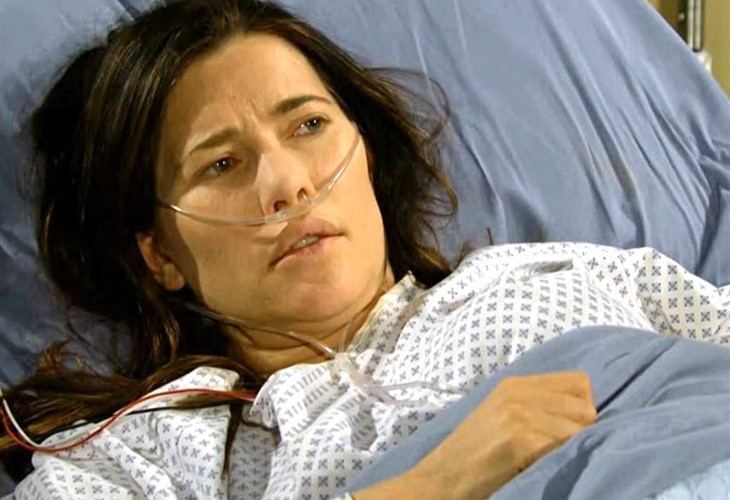 The Bold And The Beautiful Spoilers – Steffy Forrester Is Suppressing Memories

The Bold And The Beautiful’s Taylor Hayes (Krista Allen) has suggested that Steffy’s memory loss could be a sign of something deeper. Bold writers seem to be trying to erase John “Finn” Finnegan (ex-Tanner Novlan) from Steffy’s memory. Is Finn going to become a rebound romance after all? Could Steffy still be in love with Liam Spencer (Scott Clifton)? Taylor has no trouble believing that Steffy still loves Liam and has ordered everyone to stay quiet. However, Liam has a family with Hope and she’s not going to play along for long. Are The Bold And The Beautiful writers trying to erase Finn from Steffy’s mind for good? Could writers even rewrite the paternity story to make Liam Steffy’s baby’s father?

The Bold And The Beautiful’s Liam is certainly looking all doe-eyed at Steffy now that she believes she is married to him. Liam tells Hope that he thinks they should play along for a little while longer. However, seeing how Steffy looks at Liam could be enough to pull him right back into her arms. The more time Liam spends with Steffy, the more likely they are to end up in bed together. Will Liam cheat on his wife again with Steffy?

The Bold And The Beautiful Spoilers – Will Hope Logan Forgive Liam Spencer Again?

The Bold And The Beautiful’s Hope forgave Liam the last time he cheated on her. Hope also forgave Liam for lying to her after he hit Vinny Walker (Joe LoCicero). Liam ended up in prison over Vinny’s death before the truth came out. Liam also believed that Hope had cheated on him with Thomas Forrester (Matthew Atkinson). Hope has forgiven Liam several times for his back and forth traveling between her and Steffy. Could Hope possibly forgive Liam if he fell back into this trap again? Is “Steam” a true love story and do they belong together? Should Hope be with someone new?

Liam is playing with fire and people often get burned. Will Hope find herself left out in the cold and Liam moves on with Steffy? Will Steffy’s memory finally return so she can mourn her husband?

Days Of Our Lives Spoilers: EJ and Rafe’s New Dynamic, Join Forces To Get Justice