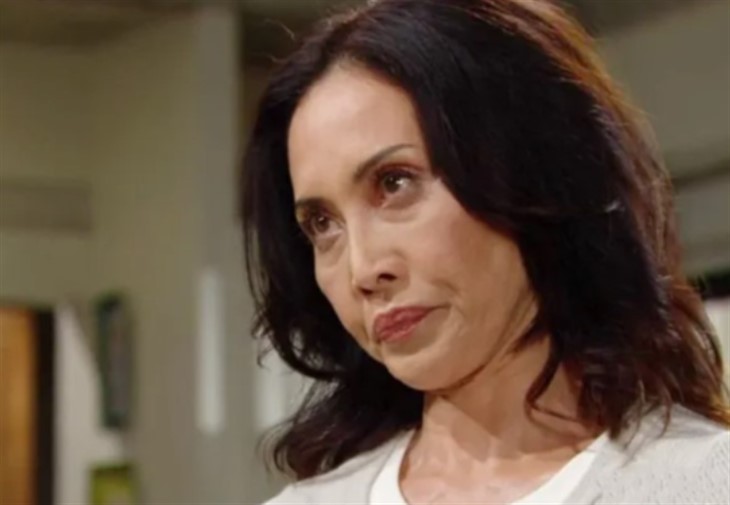 The Bold and the Beautiful (B&B) spoilers show that John ‘Finn’ Finnegan (Tanner Novlan) has to figure out something to get his mother, Li Finnegan (Naomi Matsuda), and wife Steffy Forrester (Jacqueline MacInnes Wood) on the same page. Since Finn make it out and found Steffy to break the news that he was still alive, things have been heated between Steffy and Li.

Remember, Steffy wanted an apology from Li for hiding the fact that Finn was alive instead of keeping it a secret from his family. Li refused to apologize and it only made Steffy angrier. This tension can not continue to exist, otherwise, Finn’s life is going to be very difficult.

The Bold And The Beautiful Spoilers – Would Steffy Forrester Move On?

Steffy will be the one that will be a trouble to get to come around. We are sure that Li would want to drop it and move on as she believes she was the one that was right and is not going to back down. Steffy on the other hand might have to be the one that bends the knee in this whole ordeal.

In the end, Finn was saved, and Li was the one who saved his life. Had she alerted the authorities, who knows what would have happened? There were so many question marks around Finn and his survival chances, but Li was able to make it happen.

Honestly, I think Steffy should be a bit more thankful for what Li did instead of holding her feet to the flame and shaming her for hiding it from her for as long as she did.

While there is a chance that Li could be the one to bow down and apologize to Steffy, I seriously do not see that happening and Steffy, with a little help from Finn, will have to realize that he is here because of what that woman did. Like her or not, she gave Steffy back her life and she can at least make nice with her instead of walking around on eggshells for the rest of their lives.

I’m sure Finn would be deeply appreciative of the fact that Steffy and his mother can make peace of the fact and live happy lives. With the roll that Steffy has been on lately though, it might be a bit difficult to convince her.

What do you think? Should Steffy forgive Li for the whole thing and just work to make things better between them for Finn’s sake? Let us know in the comments below.